Most Viewed Videos on YouTube in 2016 - as featured on Promonews 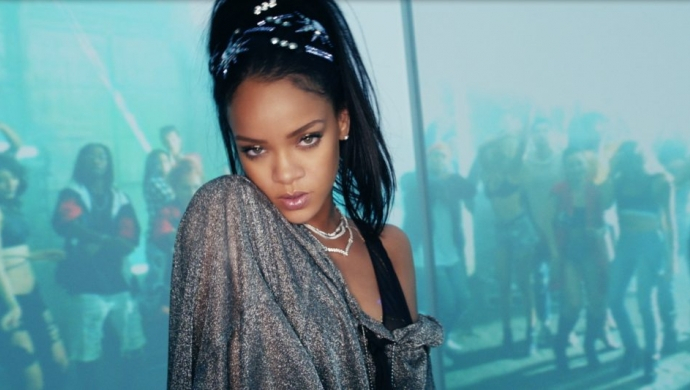 Let's begin 2017 with one last look at that memorable year that has now passed into history. And this is where we rummage around our secret store of statistics for the actual viewing figures for the videos featured on Promonews in 2016, and discover which ones had the greatest number of YouTube views.

Yes, this is where the money is at. And out in front is Calvin Harris and Rihanna's This Is What You Came For, directed by Emil Nava - not only No.1 for the year, but the only video released this year (featured by us, we must add) that broke through the one billion views barrier. Not bad going for a video that was only released in June.

That's followed by more Rihanna: her double video for Work (ft. Drake) by Director X and Tim Erem - the latter following up his No. 1 spot in the 2015 chart with Major Lazer/DJ Snake/MØ's Lean On with the No. 2 in 2016 - which has over 800,000 views since its release. With further appearances for Nava, X and Erem in the Top 20, not surprisingly they are the most viewed directors of the year too.

So here is the top 20 - and their YouTube view count as recorded by the Promonews stats engine.

And of course these were not the only videos that posted gigantic viewing figures on YouTube in 2016. All the big hitters of 2015 continued to post huge viewing figures, and the likes of the aforementioned Lean On, Maroon 5's Sugar, and Adele's Hello have gone from nearly one billion views to nearly two billion views.

Indeed, when you compare the viewing figures of the respective Top 20s in 2016 and 2015, you can see that in almost every position that the figures are greater this year than last (eg, the no 20 video this year for Nick Jonas ft Tove Lo has 172 million views, while last year's No.20 video had 103 million.

Looks like music videos are more popular than ever.

Promonews' Most Viewed Videos of 2016

Most Viewed Videos on Vimeo in 2016 - as featured on Promonews

Our fourth and final list of the videos of the year deals with the artists who have used music videos to light up 2019.

It's time to start our round-up of the momentous year that was 2020. And starting, as Promonews tradition demands, with the best work in Animation, also shows how music video production …

Our favourite funniest videos of 2020 add up to a smorgasbord of delights.

Our round-up of 2020 concludes with the biggest, smartest and best performance videos featured on Promonews this year.

A young man struggles with the perceived notion that the whole world is against him, in Seb Tabe's …