Directing duo JonJai deliver their fourth promo for London electronic band BOXES and once again, think outside of the erm, box. Entirely animated and built from scratch over a couple of months on a tiny budget, the video follows the loose narrative of an abstract journey of a used, empty, discarded cardboard box - on the eve of it being scrapped. "Expressed through this animated journey we wanted the video to have very distinctive stylistic sections that still flowed seamlessly in to each other - each with its own exciting and visually arresting aesthetic" explain the duo. "We wanted people to watch the video and revel in the visual experience and appreciate the fantastic, visually stunning animations and evocative imagery that Elliot (Howard, 3D artist and motion GFX) has tirelessly constructed to match the emotions and ebbs and flows of the great track. "We can't stress enough how hard Elliot worked on this immense undertaking and how pleased we are with the variety and quality of his work". 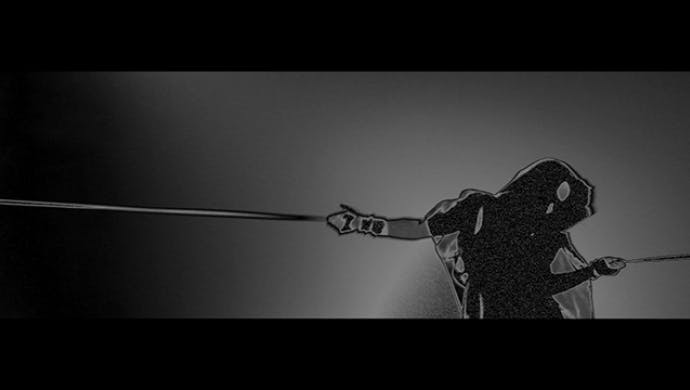 "Is Tropical asked me to make something for their track Venezuela last September," says Gareth. "They had no budget of course but they still wanted something that the kids in South America would like. As they are my mates and the track was interesting, I agreed. I had some footage of Akiyo dancing that never got used and thought it could work well if cut up in a glitchy way." "The many hit points in the track gave me a lot of freedom with the editing and compositing of Akiyo's movements, and with no real outside influence i was able to experiment quite a lot with the effects." http://www.youtube.com/watchv=xgcAp7r1I3A

Jonny Kight's haunting and dark video for Glaswegian Producer Sega Bodega's debut EP deals with the ugly subject of male obsession and disorientation. Set to the tense and dark score of Konerak, Kight displays a flair for getting standout performances from his actors - notable this time from Julien Rivett and Ed Birch - who take the viewer on an uncomfortable 'noir'-like journey. "We talk a lot about creating this unsettling feeling through the camera work and colours used on set," explains Jonny, "My DP Ciro brought a box of tights to stretch over the lenses and we always tried to move the camera so it wasn't just sitting on our shoulders. The plan was to create an intensity and leaving ambiguous questions unanswered."

Thom Yorke, Garth Jennings and Wayne McGregor created a landmark clip for Radiohead's Lotus Flower a couple of years ago. And now the gang is back together, in the services of side project Atoms For Peace - with the important addition of Fukiko Takase, Thom's dance partner and doppelganger. And why not McGregor is a great choreographer, Thom can move, and developing on the phenomenon of Lotus Flower is a great idea for a song which has a similar groove. Its a bigger production - this one is going to be a bit more difficult to spoof - but just as hypnotic. And beautiful suits... http://www.youtube.com/watchv=DpVfF4U75B8

Casper Balslev explores the ennui and frustrations of being a young outsider in a small port town in coastal Denmark in his video for Mø, and her stirring and rather wonderful Glass. Also featuring: a bloody great eagle...

A blazing meteor crashes to earth in Martin De Thurah's beautiful and incredibly atmospheric film for James Blake's new single Retrograde. A collaboration between A+ and Bacon, Martin's UK and Danish production companies respectively, the promo was shot over a day and a half on the outskirts of Copenhagen - the day before the Mayan's were predicting the demise of planet earth which may have provided for some inadvertent inspiration for the film...

OMD mark their return with Atomic Ranch, a somewhat curious ode to consumerism and a nod to their experimental Dazzle Ships era, taken from their forthcoming album English Electric. Partnering the single is this disctinctive animated slice of retro Americana from German artist Henning M. Lederer - his second for the band (the first was Decimel, released last month). http://www.youtube.com/watchv=CqZDJzN7stk

Dani Deville delivers a somewhat disturbing but hugely watchable 'fashion short' masquerading as a music promo for Deft's leftfield electronic tune Let's Hook Up. The erotic 'Frankenstein experiment' taking place in a hospital bed - in what appears to be a dungeon - only highlights the oddness of the soundtrack, nevertheless to dramatic effect. "This project all began when I was sent the incredible track from Space Hardware," says Dani. "They had this amazing piece of music from Deft and decided it was so good they needed something extra. That's where Om'Mas Keith came in. Somewhat of a musical legend across the pond, Om'Mas has worked with some amazing artists including Kanye, Jay-Z and is Grammy-nominated this year for producing Frank Ocean's Channel Orange - in my opinion the album of the year. "Even though I only had a micro budget, sometimes all you need is a good piece of music. I decided I wanted to experiment with genres a little bit for this one and blend elements from all walks of film. I started in the industry making fashion films and they are very much still a passion of mine. So what I did here was try to create a music promo, that has the feel of a fashion film, with a touch of the short film about it too."

The label contacted them looking for something visually striking, so Alabama spent a 2 day shoot between a beach in Kent and an underwater filming tank to create this beautifully eloquent black and white piece. It shows some excellent portrait and landscape filming, whilst keeping some interesting mystery in the narrative, including an impressive final vfx shot. James from Alabama says that they "wanted to create something visually stunning and something which reflected the music. This lead us to the use of black & white together with super slow motion, resulting in an arty high fashion feel. The contrast between the strong beats and the softer vocal sections triggered us to have these two visually distinct worlds."

Ori said: "The shoot took place over one night in a studio apartment in Tel-Aviv, this was my second collaboration with Adi Ulmansky. We tried to create a playful world that was visually inspired by anime comic books with a 'film-noir-spy-thriller' kind of feel, such as "Ghost in the Shell" and "Sin City"." http://www.youtube.com/watchv=81ogNHzbYoM

Depeche Mode are back, with a surprise: Heaven, first single from forthcoming album Delta Machine, is a mighty pop tune, and Timothy Saccenti's video is a straight-ahead performance video of the band, shot appropriately enough in an abandoned church in New Orleans, embellished with live projections and imagery that touch upon a voodoo theme. The video followed the band's collaboration with Tim on another project towards the end of last year - effectively a teaser for the new album. "Depeche Mode approached me to direct the video Heaven" as a continuation of the campaign we began with our studio film for their track Angel," Tim explains. "The album is a mix of blues and electronics, and that was my starting point for the concept. This was to be the band's first proper performance video in ages so the location was very important." Tim reveals that the band felt that voodoo was at the root of the songs on the album, where "blues meet Kraftwerk" - hence the album being called Delta Machine. "In order to delve into the voodoo vibe we travelled to New Orleans to soak it up and find a suitable locale... it in the end being a beautiful abandoned church," he says. "After studying various variations on the Heaven theme, I came up with a concept that mixed a symbolic story with hints of voodoo and imagery, keeping in mind the band's rich visual history, but updating it with my own twist." http://www.youtube.com/watchv=Fy7FzXLin7o

Jon Park and Grant White - aka White Rabbit - explore the joy of youthful mischief with Chad Valley and his guest, Twin Shadow. Here, a bunch of bashful teenagers break into a bowling alley late at night to have all the fun you can have with the rules in place. This includes treading on the aisles, not wearing the proper footwear, playing your own music and, of course, discovering your telekinetic powers... This is something of a departure for Jon and Grant, who are best known for their post FX and CG work - their day jobs are as senior 3D and 2D artists from Glassworks and MPC respectively. The I Owe You This video was the first time they worked with actors, and it all has a lovely retro family film feel - alongside some impressive CGI towards the end.

Beautifully shot by Jackson Hunt, the video finds dancer Amanada Wells in a state of despair following a tense, furniture-throwing argument with her lover. "My goal wasn't to make a music video," explains Ace, "It was to create a film that used his music more like how a score would to a single scene in a larger narrative."

After her solo diversion as Fever Ray, Karin Dreijer Andersson is back with The Knife - her band with brother Olof Dreijer - and evidently making some uncompromisingly quirky electronic music. Full Of Fire, from the new album Shaking The Habitual, is accompanied by an equally intriguing/challenging film by Stockholm and Berlin-based filmmaker and visual artist Marit -stberg, which explores some of the less conventional branches of sexuality... "The film consists of a network of fates, fears, cravings, longings, losses, and promises. Fates that at first sight seem isolated from each other, but if we pay attention, we can see that everything essentially moves into each other. Our lives are intertwined and our eyes on each other, our sounds and smells, mean something. Our actions create reality, we create each other. We are never faceless, not even in the most grey anonymous streets of the city. We will never stop being responsible, being extensions, of one another. We will never stop longing for each other, and for something else."