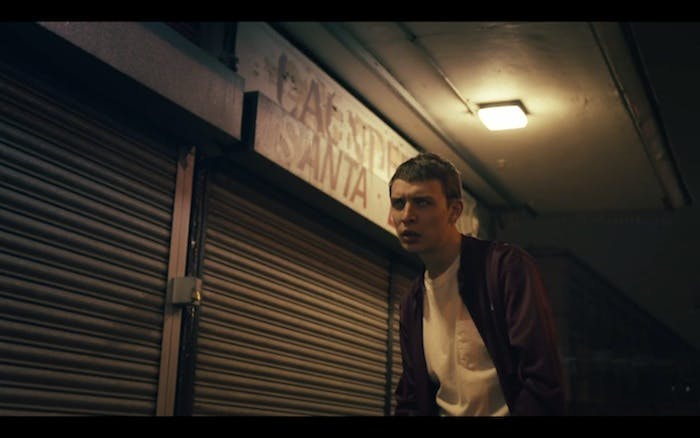 James Willis returns for his second video for Cash+David, and although the setting is grittily urban, his clip for Pulse has a lot in common with his choreography-based video for Funn...

"When first listened to Pulse I instantly envisioned a real sense of journey, both through a space and the continuation of movement. I also loved the idea of capturing that feeling of when something takes over and you lose yourself in the moment, forgetting whom you are. The idea is for our lead and supporting characters to represent a stem or instrumental sequence within the track. Their movements and expressions not only convey their personality but also visually interpret the sound.

"The instrumental arrangement is what inspired the video's narrative. What really stood out was the way the masculine and feminine instrumentals battle each other and fight for dominance within the track. A youth hypnotized and taken over by the beat, being lured in by the mischievous and volatile masculine character (our devil on his shoulder if you will) and the being restrained and control by the more considered feminine role (the angel on the other shoulder) – this formed the basic structure of the choreography and narrative within the video."

Director's Representation
Lock It In