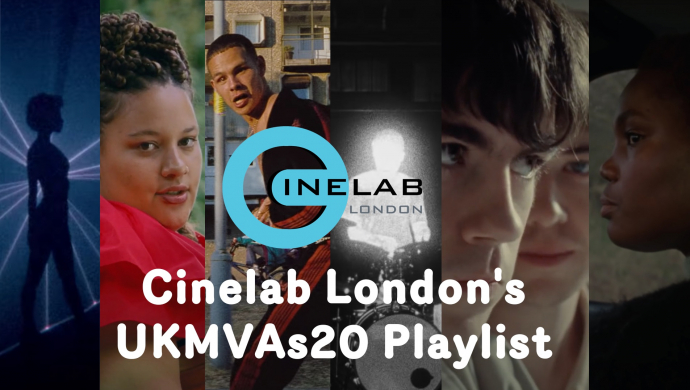 In spite of everything that has happened this year, one thing continues to get bigger, better, more impressive - the devotion to music video makers to the medium of Film. 2020 has arguably seen the greatest number of videos shot on celluloid - on formats from Super8 to 35mm, but mostly on 16mm - since the early years of the advent of digital technology.

It has been something of a revolution, and Cinelab London have led the way in making this revolution possible. The Slough-based film processing company actually processed and scanned over 450 music videos in 2019. Despite the challenging year, 2020 has seen that trend continue.

Music video directors and DoPs are hugely influential in the increase of film being used.

Lots of music videos shortlisted at this year's UK Music Video Awards were shot on film, and Cinelab were involved in many of those - mainly in processing and scanning work shot on film; occasionally also recording digital images to celluloid, then scanning to create an authentic film look.

And here is a playlist of videos, selected by the team at Cinelab, of music videos that were shortlisted and won at this year's UKMVAs that they were involved with.

"We’re proud to have worked on so many of the shortlisted projects this year," says Cinelab London CEO Adrian Bull. “Music video directors and DoPs are hugely influential in the increase of film being used, wanting to experience shooting on the format and its many benefits.

"We really are here to support and educate all those interested in the analogue medium wherever we can. Thankyou to all our clients for helping the craft of working with film continues on to another generation."

While he has been quarantining, CHEAT colourist Jack McGinity (above, with his dog Evie) has kept himself very busy. For a start, the grading work is still coming in. But when he gets the …

George Moir is the ice cream van man with his own weird, wonderful range of ice lollies, in George …