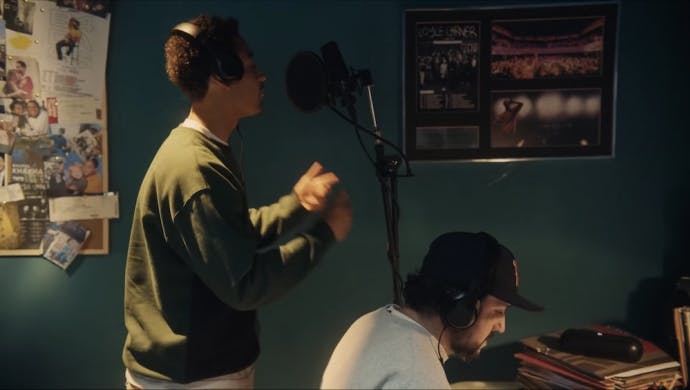 Loyle Carner tells his life story in one take in the impressive video for Yesterday, directed by The Coyle-Larner Brothers - Ben Coyle-Larner, aka Loyle Carner, and his brother Ryan. The video presents a touching coming-of-age story that comes full circle, all in one continuous take. We see the baby become a music-obsessed boy, an increasingly digruntled youth - as he grows to understand the world around him - becoming creative and learning to speak out against political and social discrimination. Then he starts making music, and finally becomes the man holding the baby.The beauty of the piece is how each element of the video works as it own world, even as the transitions occur seamlessly within a single Steadicam shot. It's ambitious and has been executed to perfection - and for that, Ben and Ryan engaged with the rapper's first love of theatre. They enlisted crew members from the West End, National Theatre and the stage team of Hamilton to bring their vision to life, to devise some ingenious set movements within a small space and a short amount of time.The fact that the Loyle Carner Brothers have come up with such a strikingly accomplished video, exploring the creative connections between music video to musical theatre to make serious message, augurs very well for their future career as directors.

Florence has come out the other side of the wreckage. For the final chapter of The Odyssey, the film project created to accompany her album How Big How Blue How Beautiful - and also now available to view in full - Florence and Vincent Haycock have come up with a forward-looking finale.The chapter to accompany Third Eye begins on an image of Florence being carried away from fiery rubble, and this revisits many of the themes from the previous chapters one last time. But Florence is now untethered to the demons that had followed her up till now. The video is just a great closing statement - life-affirming and filled with cheer. It takes place at nighttime on the street in front of a dazzling concert hall, where we follow Florence down into the depths of the basement. There, she gets swarmed by dancers once again, in a scene that is highly reminiscent of What Kind Of Man and Delilah. But quickly the tone quickly turns lively and reverent, and then poignant when Florence is led by a musician back onto the stage. 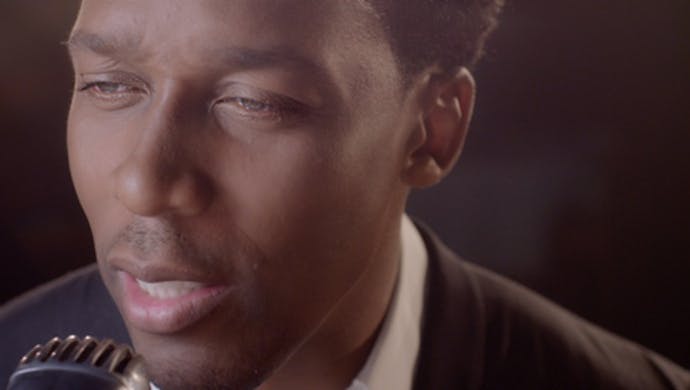 Lemar takes to the stage in Love Turned Hate, with a tune that explores a painful theme in a relatively upbeat way. The blue-tinged visuals see the singer performing up stage, while centre stage, we see a relationship that has run its course.The contrast between the happy, loved-up days of the couple in their youth against their troubled middle-age makes for a saddening watch. But the video allows for Lemar's heartening, sympathetic tone to come out on top, making the dramatic elements perhaps easier to bear.