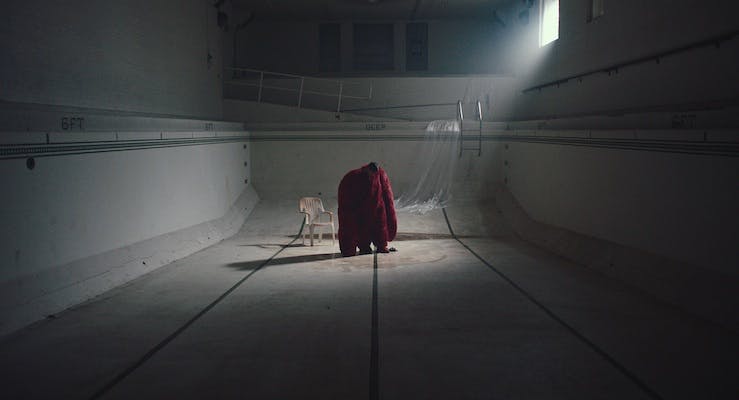 American director Jared Hogan's video for YouTuber-turned-pop star Joji is a striking proposition with a memorable central image - a man inside a huge hairy monster costume, that's chained to the floor of an empty swimming pool.

But that doesn't stop the dancer Diego Ballesteros performing an expressive, ultimately tragic dance within the confines of his suit and environment.

Hogan says the video for Demons is "a metaphorical look at the chains and demands that come with success and expectations of others. Shot in one take, we wanted the audience to be able to witness a full, heartbreaking emotional journey."

"I've had my eye on Jared for a while, and I'm beyond thrilled to have him at Stink," says Katie Lambert, head of music video at Stink. "His work is moving and beautiful, he is such a talented filmmaker. I'm so excited to see what comes next."