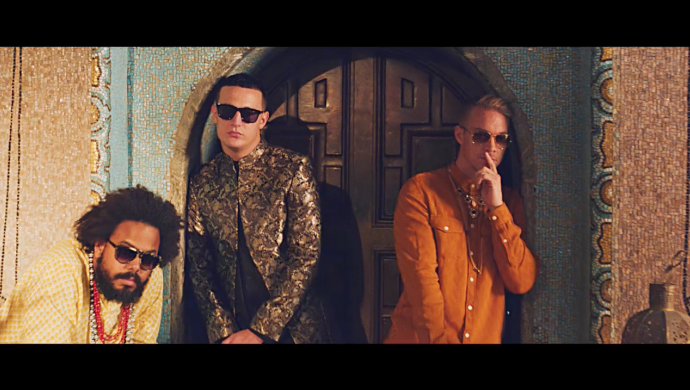 So here we are at the end of 2015 - another bumper year for music videos in terms of creativity and sheer quantity of work. And at times it even seemed that average budgets might be creeping higher. As the year draws to a close, the reality is that the increasing importance of streaming services to the music industry offers an intriguing but also uncertain future.

Well, we'll see what 2016 brings. In the meantime, we've just worked out which of the videos we've featured on Promo News this year which notched the greatest number of YouTube views - the numbers based on our own database figures, and relate to videos we featured from January 1 2015 onwards.

These are the ones that did make money - and the ones that bear out what the analysts say, that music videos are not really promos any more, but the actual product. Its certainly dominated by a familiar selection of (overwhelmingly female) pop stars. But out in front at no. 1, and entirely bucking that trend, is Tim Erem's Mumbai-shot video Major Lazer & DJ Snake ft MØ's Lean On (above). That's almost reached the billion views mark - and that's in nine months since its March '15 release.

It's closely followed by Maroon 5's saccharine multi-wedding video for Sugar, and Georgia Hudson's video for Ellie Goulding's Love Me Like You Do, from the 50 Shades Of Grey soundtrack - with Xavier Dolan's video for Adele's Hello already having had over 850 million views in just two months.

And of course these were not the only videos that posted gigantic viewing figures on YouTube in 2015. Of the ones that came out last year, the top 3, led by Taylor Swift's Shake It Off, had more views than 14 videos in the Top 20 above.

And there were a few more we didn't manage to feature on Promo that have posted big figures too. That's the power of music videos on YouTube in a nutshell. So here below is a playlist of the Top 20 most YouTube views of videos featured on Promo News...