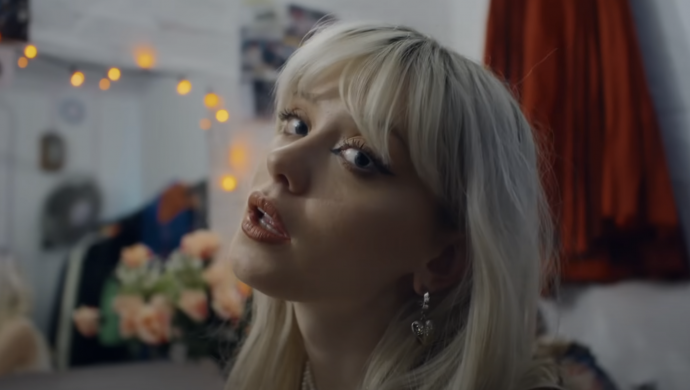 Maisie Peters feels suffocated by an egotistical love interest in the stylish promo for Not Another Rockstar. We all know the type. Beautiful to look at, heart-meltingly charming and exciting - but a real piece of work in every other way. Maisie laments this archetype as she runs around an empty theatre with a guy who just won't stop getting between her and the camera, pushing her aside for a moment in the spotlight.“We need hugs, not a pretty babe that doesn’t care about our feelings!" declares Keshtmand. "This is a real telling off to those trashy lovers and wannabe rockstar heartbreakers." Fashionable, theatrical and fun, it's a brilliant video with plenty of attitude to boot. 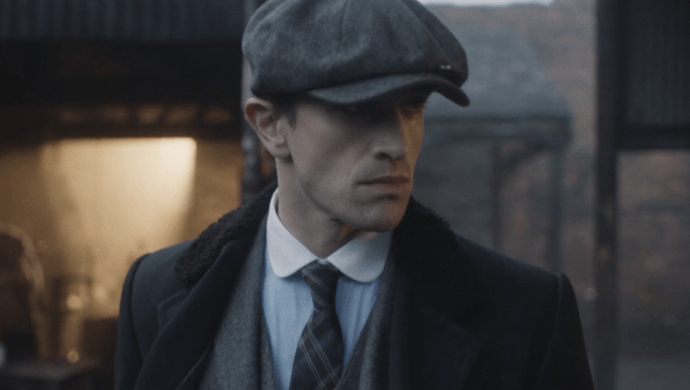 Sebastian Whyte directs the beautifully-crafted promo for Rambert Dance in Peaky Blinders - The Redemption of Thomas Shelby.Yes, that's right. Not only is the final series of the TV show about to hit our screens, there is a new live dance theatre event that's written by Peaky Blinders creator Steven Knight, and choreographed and directed by Rambert's artistic director Benoit Swan Pouffer. Whyte's visual takes the form of a trailer for the event, and with familiar backdrops and characters, it serves as a powerful introduction to the extended Peaky Blinders story, and promises to be true to both the TV show and the Rambert brand. "The idea behind the trailer was to create a campaign that sits comfortably beside the Peaky Blinders TV series, paying homage but not coming across like a tribute band!" notes Whyte. "Research for the project took many shapes, from in-depth discussions into cameras, lenses and the joys of tungsten light, to the guns used, set design; and colouring."The result is a trailer that transcends you through the Peaky Blinders lifestyle, with drama, tension, love, tenderness and a battle."

After their collaboration on the video for Under My Skin, Ash K Halliburton and Katy B join forces once again for new banger Lay Low.Set within an intriguing theatre setting, the performance-driven promo experiments with choreography, lighting patterns and slick, film noir-style art direction. The rich colour palette compliments the theatrical concept, and Katy B's passionate performance exudes a sensual, playful vibe.

videoFoals 'Wake Me Up' by David East

Dave East's latest video for Foals finds the band in playful form. In fact, for Wake Me Up the play's the thing.Shot on 35mm, East and the band take us on fever dream journey, in a theatrical setting - and it turns it into a real song-and-dance number. A real change-up in visual style for one of the UK's most consistently riveting guitar bands.

Joe Connor and Tim Mattia collaborate over the pond, in the video for Rag 'n' Bone Man & P!nk's collab on Anywhere Away From Here.Working together to create a seamless production, the UK section of the video was shot in The Duke Of York’s Theatre in the West End, where nature has overtaken every inch of the space, with plants growing from the stalls and wild animals stalking the stage. For the US section, seasoned industry vets P!nk and Mattia create magic in an understated yet affecting way, bringing a remarkable dynamism and presence to the project. It's a great collaboration, anchored by top-notch performances and picture perfect cinematography, from Patrick Meller in London, and Justin Moro in the US. And Joe Connor explains that the origins of his idea for the video came a long time ago. "I wrote in a journal once that I wanted to plant a real cornfield in a theatre when I was training at Royal Central School London," he reveals. "And we managed to do it. It's mad how things manifest years later."

Alex J Corona directs a theatrical promo for Poté, featuring Damon Albarn of Blur and Gorillaz fame. The video opens with the artist stepping out of a vehicle, visiting a makeshift theatre stage on the side of the road. He takes a seat, and watches a choreographed dance on stage, which is cut short when two thugs come and drag the performer off-stage. He takes their place, and attracts a stream of different people, who all sprint to have their own moment of freedom in the spotlight. The track is an abstract, haunting perspective on society at large, which switches from a scathing polemic on politicans through to regret on past behaviours - and the video itself has plenty of visual iconography to dig into.

videoEliza and The Bear 'It Gets Cold' by Markus Schroder

Markus Schroder has created a charming video for London-based indie rock band Eliza and The Bear's It Gets Cold, in the style of very early cinema, as pioneered by illusionist and filmmaker Georges Méliès.It stages a highly choreographed, theatrical performance set in elaborate and handmade sets, telling the story of a young man at an archery range who commits an accidental killing while distracted by a tricksy devil.This sets off a chain of events where he sets out and ends up making a pact with the devil while his wife is chased by angry mourners while searching for him. The bittersweet conclusion has the unfortunate couple finding each other again... in hell.