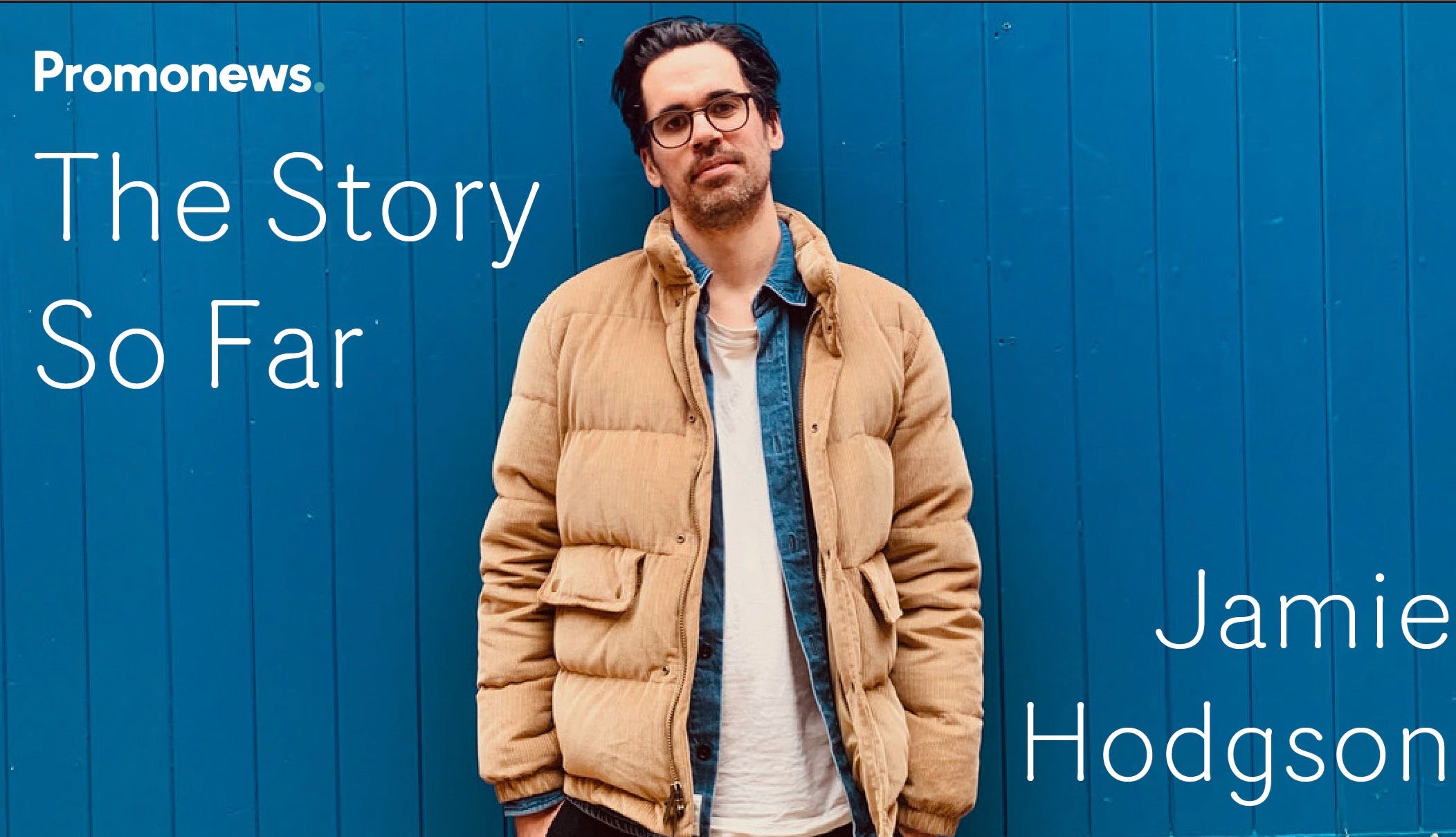 In our new series talking to up-and-coming talent in the world of music videos, we chat to the editor Jamie Hodgson, who has been making a serious impact over the past eighteen months with his work on a number of acclaimed projects.

Jamie began his career in 2014 as an assistant editor at Work. Having travelled widely and bolstered by his background in tech and computing, Jamie quickly became senior cutting assistant in the London-based editing company, completing campaigns alongside Work’s roster of editors.

He was promoted to full editor in 2020, and since then Jamie has worked on music videos and other projects for Mansur Brown, George Ezra, Arlo Parks, Pa Salieu, Celeste and Metronomy - alongside directors such as Jess Journo, Filmawi, Milo Blake and Raja Virdi.

He says that his customary approach on these projects has been to put the music itself ahead of everything else. "The first thing is really listening carefully to the track and make something that fits the contours of the track," he says. "They say that musicians make good music editors, and it's true that a lot of the job is quite rhythmic, seeing what works well with the picture. In my opinion, you can't stray too far from that rule."

And here, in Jamie's own words, are the favourite projects he has worked on... so far.

"My first opportunity to edit my own stuff beyond assisting were on performance videos for relatively unknown bands. I enjoy the restrictions sometimes of doing a performance video, building something that works well with the track.

"Then I did a YouTube documentary about 18 months ago that was about Black fashion designers and artists, where the artists performed as part of the doc, but they were made very much like promos - directed by Filmawi. The one that got most traction was with Pa Salieu - performing Over There [with designer Tokyo James] - shot on a rooftop.

"That project was great because it was working with artists that you might have heard of, and for music you liked."

"Joseph J Goldman was the producer on the YouTube Legacy Series and then Filmawi's Mansur Brown video, and got in touch about the Metronomy video. We had a Zoom call with the directors Juliet and Thibaud - who are based in France -at the start.

"Their idea of having Metronomy play the teenage versions of themselves really fed into nostalgia for me. Probably when I first came across them it probably would've been on MySpace - which of course features in the video. And I saw them loads of times around London when I moved back after university, around the time of the second album.

There’s a sense of joy that carries through the Metronomy videos.

"Juliet and Thibaud's backgrounds are as artists. And their idea for the video was closely storyboarded. To have this storyboard, was great - it doesn't happen that often in music videos - and the first assembly was really the storyboard cut. From that point I think we realised that it needed to intercut some more and to be more dynamic. Because it's a music video people tend to want to make things more high-tempo, rather than let shots breathe. But in this case I do think that it was beneficial.

"They speak English, but I think it can be more difficult to gauge someone's reaction to the cut, when it's not the directors' first language. And everything was done remotely of course, which is a different beast. But on the whole, it was mainly positive. It gave me a bit more time to work things out before sending stuff back to them without people peering over your shoulder.

"This was my first time working with Milo Blake, a very talented director. In the video Obongjayar plays a janitor at an internet café. He logs in and types in the track name, and slowly you realise it's him singing back to himself, in the same location - but it's a very different, upside down version of his world, and that world starts to infect the real world.

The challenge on this one was how you feed in the narrative into performance.

"We had a pretty crazy schedule on this - I initially had a day to assemble the first edit. The challenge on this one was more about how you feed in the narrative into performance. It's how you make it visually interesting and dynamic but keep this narrative thread running through it so it all makes sense. And once again it was VFX-heavy - lots of screen comps and other things going on.

"I feel fairly comfortable about doing comps to a certain level. When you're assisting here, on commercials, VFX is often what you learn first, before the editing. Often editors are concentrating on the cut, and will roughly comp something together and then call you in to work on it.

"The concept was to use a satellite crane camera to cycle through key moments in the artist’s life - with a series of hidden cuts giving the impression of a one-shot. Really the credit for this one must go to the direction and production - it was essential that the duration of each shot was spot on, if not there was really nowhere to hide… And of course the performance and set design was vital to drive the narrative.

"In terms of edit, it was relatively simple as most shots were tied to the specific lyrics, so the structure was pretty locked in. It was mainly about picking the best take for each set up and cleaning up the transitions a little."

"That was a massive post job. I don’t think I’m shattering the illusion here to say that a lot of wires needed to be removed. The VFX took a long time, there was a lot of back and forth. I did a few 'dirty comps' to begin with. The stuff that was easy to do, I would comp out, but with the more difficult skydiving stuff, I left it as it was.

I don’t think I’m shattering the illusion to say that lots of wires had to be removed.

"But in terms of the edit, it was a similar situation as before – I started by assembling the storyboard. Again there was a bit of a desire to make it more high-tempo in parts, and we did move stuff around a little bit. It was a reasonably smooth process, not a lot of edit changes.

"I loved working on those Metronomy videos. There’s a sense of joy that carries through them, especially Right On Time. And that's really nice, especially in the times that we’re living in."

"We had a bunch of time to work on this - we started in January and finished in May. We also had lots of footage to work with, and Filmawi was in the room the whole time. Everything, every cut, was considered. And it's a long, instrumental track - over six minutes.

"The imagery that Fil shot worked really nicely in terms of the edit. For instance, the parallels between shots of trees in the forest and streetlamps in the city. There's a fair amount of stock footage in there too, and we spent a lot of time looking for the right thing that works, so it didn't look out of place.

"Then there was the VFX element as well, which was great. Fil spent a lot of time getting that right, to create the tiny universe within the film. Terrence Mallick's Tree Of Life was a big influence on this film. That features a floating light and we used that as our placeholder for this one while we were editing.

"This is the favourite thing I've worked on. It works really nicely with the music, especially the nighttime scenes. When I hear the music now, I immediately think of the video."