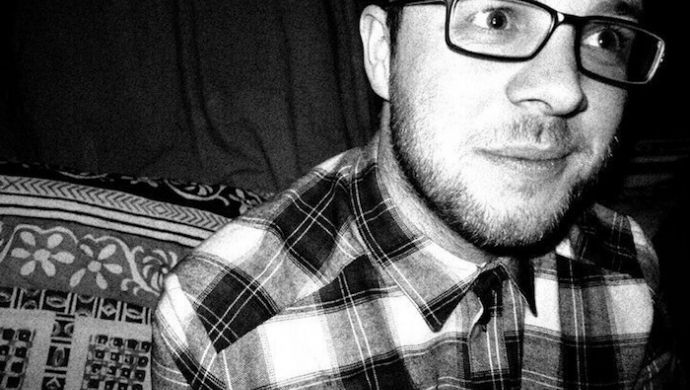 Originally from Coventry, Ryan Beck has risen through the ranks at Final Cut since joining in 2007, and since 2012 he's built an impressive body of work editing pop promos. In the past year or so he's edited videos for Kooks, Imelda May, Fekky and Years & Years' Desire video directed by Sing J Lee. He's recently reunited with Lee, editing the new Muse video for Mercy, and just completed his latest job for regular collaborator Fred Rowson's video for Years & Years' Foundation.

Now Ryan, who now resides in Crystal Palace, has bravely submitted to the Promo Questionnaire...

Previous occupations: I've been a route planner for a logistics company, a recruitment consultant, I've worked in call centres…and then in my early 20's, I became a runner at Final Cut.

Favourite music video of the past 12 months? I really like Hiro Murai's Childish Gambino promos. Also 7/11 by Beyonce, Elastic Heart by Sia, King Kuta by Kendrick Lamar are some other recent personal faves. In terms of edit, it has to be the Jon Hopkins' Collider video which Dan Sherwen (of Final Cut) edited -  jaw-droppingly good.

Favourite video of all time? Surely no one can pick just one!? This is tough, but I'm really drawn to Rupert Sanders' The Spaces In Between promo for How To Destroy Angels. It's so dark. Other stand outs have to be Emily Kai Bock's Oblivion for Grimes, the Simple Math one that Daniels did for Manchester Orchestra, Tyler The Creator's Yonkers by Wolf Haley, Joseph Kahn's Always for Blink 182. I have too many favorite promos of all time, sorry!

Favourite food/restaurant: I love a good Indian! Barakah in Sydenham does the best take out. You even get a hot towel and some chocolates! Restaurant wise… Barbur in Brockley is next level. I love Terre a Terre in Brighton, as well. I'm not vegetarian but the food there is amazing.

Favourite drink/drug: G&T! Without doubt. London Gin Club (which used to be Star Cafe) does a gin taster menu, but a regular Gordons and Tonic does the trick.

Last movie you saw (and was it any good)? I went to see Jurassic World recently, it was incredible. I'm not a massive fan of 3D movies, but this was great. It made me feel like my 12 year old self again, watching Jurassic Park for the first time.

Last gig you went to (and was it any good)? I went to see American Football recently with some friends. It was so emo. I like going to see bands that I loved as a teenager, but this felt like I'd gone too far. You could feel the over-sensitivity of all of the 30-something guys in the room.

Currently reading/favourite book: My favorite book of all time is probably Cormac McCarthy's The Road. I love a depressing read! Currently reading Kafka On The Shore by Haruki Murakami.

Favourite job of the past 12 months: I think it'd be the Muse promo I just did with Sing J Lee. They shot over in LA and had a ten day break between shooting the performance and the narrative. Which gave me a whole week to get a performance bed done before we actually started editing with the rest of it.

"Having that time and freedom was brilliant, and unheard of! It was also the first promo I'd done with big rock guitar riffs! I really enjoyed it."

What’s the next Big Thing you’re working on? There's potentially a really interesting project in the works for Years and Years coming up, but I think that's all I can say. I really love that band, and have somehow managed to work on nearly all of their promos to date! Olly the singer is really engaging, which makes my job so much easier!

What would most improve your life? Being able to teleport to and from work.

Best moment, or fondest memory, of your career thus far? Well, I think the promo short film Pure that I did for Last Night in Paris picking up Best Urban Video at last years UKMVAs. That was pretty special. Working on that whole job in general was special. We were editing on and off (mostly on) for about 6 months, in tandem with the band scoring it. The EP that it was promoting still isn't out yet, I think. Karim Huu Do is a fantastic editor in his own right, and I learned so much from it.

Worst moment? As a young runner, I once managed to delete all of the media on a job that one of my bosses was working on. He was presenting to a room full of agency at the time and the very worst moment was calling him to tell him, just as all of his media went offline. He was actually really cool about it, but I remember wanting the world to swallow me up right there and then. You only make a mistake like that once! I thought I was done for.

Biggest frustration? Time constraints. There's nothing more frustrating than having to edit a promo in two days. You haven't had time to experiment and make it the very best it can be.

And it's even worse if the label then sit on the approved cut for two weeks before releasing! Thankfully that doesn't happen on every job, but it'd be nice to have a week minimum in the schedule.

What’s the big issue or issues facing music video makers right now? I think most people working on promos would say budgets. Making promos on a shoestring can lead to some really creative ideas, and fantastic promos. A lot of that work gets done for the love of it. But I don't think anyone would turn down a Guns N Roses style budget for their next video.

Person you most admire? My mum, dad and sister back home in Coventry. They've supported me pursuing this career through thick and thin, so I have a lot to thank them for.

What advice would you give to someone starting out in music video production? Work hard and leave your ego at the door. And if you're not completely in love with making music videos, it's probably not for you.

Any hot tips on who will be the future stars in music video in the next couple of years – directors or otherwise? I've been collaborating with Fred Rowson for many years now, and he's a very talented young man. Sing J Lee, James Barber, KT Auleta…they've all been making some fantastic work this year.

Alex + Plex Studio direct a lucid dream of a performance video for Beatrich.

When robins appear, it's a sign that someone is grieving, and that they need comfort. Freddie Wright's video for Khazali features the young singer-songwriter and others with the burden and …

Alex + Plex Studio direct a lucid dream of a performance video for Beatrich.

When robins appear, it's a sign that someone is grieving, and that they need comfort. …