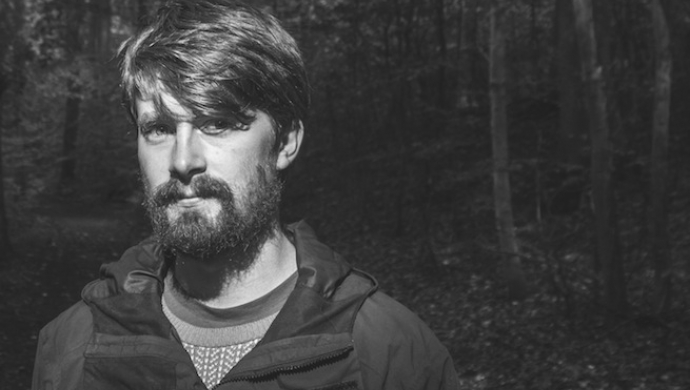 31 year old Dave Bullivant is a director and photographer who goes by the name BISON. Together with his then-directing partner Owen Silverwood, BISON established themselves as purveyors of very cool visuals for Jon Hopkins, Om Unit and others, before their unique time-slice video for London Grammar's Wasting My Young Years, employing a mindboggling pinhole-camera technique, won an MVA.

Since then there's been similarly elegant visuals for GAPS and Rosie Lowe, including most recent video, Worry Bout Us. Raised in Jersey and now living in Faversham after 10 years in London, Bullivant aka BISON recently joined Good Egg for music videos and commercials

Previous occupations: Too many to list here, but roadie, studio engineer, receptionist, editor, and marquee erector are some of the highlights.

Favourite music video of the past 12 months? I really enjoyed Niall O’Brien’s vid for Foals - What Went Down.

Favourite drink/drug: Well I am part of a group opening a brewery next year (shameless plug: boutilliers.com) so I would say it was pretty firmly Beer

Last movie you saw (and was it any good)? I think it was probably My Neighbour Totoro. My daughter loves it, and yes, it’s excellent.

Last gig you went to (and was it any good)? Was probably WOMAD festival this year. Ibeyi were pretty special, as were The Staves.

How did you get a start in the business? Through a certain Mr Simon Willows. I assisted him for many years back in the day, and pretty much owe my career to him. Lovely chap.

What was the first music video you worked on - and what were you doing on that job? I can’t remember the band or the director, but I ran on a weird shoot at a camera rental studio. I just remember being behind a false wall that was full of holes wiggling a 10k around to make the shafts of light move. I don’t think I have ever been so hot.

What was the most challenging job you’ve worked on? London Grammar. So. Much. Maths.

What equipment do you rely on most to do your job? I would say my headphones. From the moment a track comes in until the day it delivers I have the track on a pretty much constant loop.

Best moment, or fondest memory, of your career thus far? I spent the first 5 years of my directing career as a duo with Owen Silverwood, who has now moved on to concentrate on his stills. It was pretty special working with my best mate on a daily basis, and I’m really proud of the work we did together. So I guess it would be that.

Worst moment? I had an incredibly awkward first greeting with Chris Martin. He went for fist bump. I went for handshake. Cue limp fist-shake.

Favourite job (or jobs) of the past 12 months? The last two were really interesting. Rosie Lowe is always a pleasure to work with and it was a really enjoyable process all round. Then the Real Lies job was a huge departure from the normal BISON job. Not in a studio and with no effects or weird camera set ups whatsoever.  I really wanted to push myself in a totally different form of film making. It was a lot of fun, especially with the older gentleman who had partied a little too hard and decided to stroke, and lick, the camera at 4am on Commercial Road.

What’s the Next Big Thing you’re working on? Trying to get a word in edgeways with John Hassay.

What would most improve your life? Another 8 hours in the day.

Biggest frustration? The pitching process. There are too many directing on tracks these days, and there is a general lack of communication once you submit a pitch.

My slightly rouge idea is that record companies should pay for pitches, as it would focus everyone's mind a little bit.

The labels would ask fewer directors, and it would make it more worthwhile for the directors to spend more time on the treatments. I think the overall quality would rise. But that ain’t ever gonna happen is it?

What’s the big issue or issues facing music video makers right now? I’m sure everyone says the same but the size/lack of budgets makes it really tough to make ideas come to life. That, and the sheer volume of directors producing work means it can be hard to make yourself known.

What advice would you give to someone starting out in music video production? Get yourself on any shoot that you can. Work as hard as you can on the day, but keep watching and learning. You can
learn so much from just being present on a set.

Any hot tips on who will be the future stars in music video in the next couple of years – directors or otherwise? Who knows.