Matt Walker on making Skepta's 'No Security' video: "We had to nail everything" 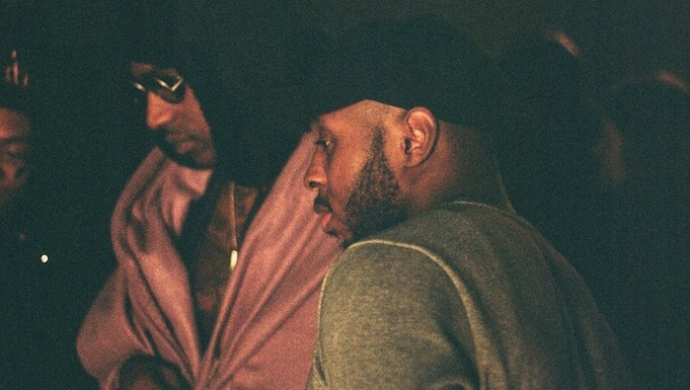 Skepta's latest video marks a sea-change from the gritty urban authenticity of his recent videos, and also a new configuration of his longtime relationship with director Matt Walker. The pair co-directed the No Security video, which takes a highly conceptual approach to Skepta's verbal virtuosity.

A series of carefully constructed scenes which interpret Skepta's lyrics in ways that reference classic movies - sometime more obvious than others – it's a radical and ambitious step for the grime video genre. So we quizzed Matt Walker about how it happened, and how his partnership with Skepta works. On-set photography by Somayeh Jafari.

Promonews: How did the directorial collaboration come about? And how did you develop the concept for the video?

Matt Walker: Skepta and I have been working together since 2009. Literally my first full director’s credit was for one of his videos. Since then our creative relationship just grew year on year. He was asked to direct a Wiley video once, so he called me to help him execute, so there’s always been a synergy between us.

He’s always had a strong vision for his music, so when he came to me with his base ideas, it was kind of left to me to figure out how to interpret this into a music video. I went away with the broad strokes and started creating mood boards, researching references.

"Skepta and I have been working together since 2009... There's always been a synergy between us."

How did the partnership work? Was the experience of co-directing challenging?

There was definitely a lot of back and forth between us as I came to him with different approaches for each set up, figuring out the style/mood framing and camera movement in each scene. More often than not, we were on the same page with things, so that made it easy. He trusted me to be the filmmaker during this process.

The video seems to have cinematic references dotted throughout (Taxi Driver, Natural Born Killers, Singin’ in the Rain) as well as referencing the lyrics of the track. How did you decide on which films to reference?

I think that something we both wanted to achieve, was to bring something more cinematic to the ‘grime’ music video genre. It is seldom seen, so it was definitely important to pay homage to some really iconic and timeless moments in cinema.

"Everything was so tight because each set up was so lyrically specific... The edit wasn’t going to save us."

What were the biggest challenges on the shoot day? Were there any additional scenes you wished to shoot but couldn’t?

The biggest challenge was doing 9 set-ups in one day! There is only so much you can plan, and you never really end up sticking to your shot list. Everything was so tight because each set up was so lyrically specific, we really had to nail everything. The edit wasn’t going to save us.

How did you achieve the Viewmaster-like effect to change from one scene to the next?

I thought that shooting with a 4:3 aspect ratio was the best way to execute this effect. It was important because it dictated how we built the sets. I have a background in VFX so it was just a case of me doing some research and creating some very crude viewmaster animations for the team at Coffee & TV to try and interpret. Ollie Ramsey did a great job with that, his attention to detail really made the difference.

The video’s final shot, a 30-second unbroken take with Skepta standing there whilst the set is dismantled, is a great moment. What made you decide to end on a moment so intentionally anticlimactic?

That was all Skepta. I think the video is really trippy and that moment really snaps you back to reality, it’s just another thing you don’t really expect, so it really plays with your perceptions regarding what this whole thing was really about.

"It was important to pay homage to some really iconic and timeless moments in cinema."

Apparently the video went live on YouTube literally 10 minutes after the final edit was delivered, which is a massive shock to fans, and any director who’s had to wait weeks or months before their work was unveiled. Was the turnaround always meant to be so quick?

Skepta is a very ‘immediate’ person. I’ve literally shot/edited/graded a video for him in one Sunday. So this is definitely a normal process for us.

Greg Davenport on Rag'n'Bone Man's Skin: "There’s nothing like spending a night in the middle of nowhere"