Mike James questions the idea of a higher power in his thought-provoking video for Manhattan Murder Mystery. The visual for Bodybag follows a religious group who congregate in a small, nondescript complex, and follow frontman Matthew Teardrop through a series of unusual vignettes. The underlying message of the visual questions the cult-like aspects of some religious sects, and where our place in the world lies within these hierarchies, and is visualised with a vintage-styled, rough and ready aesthetic. 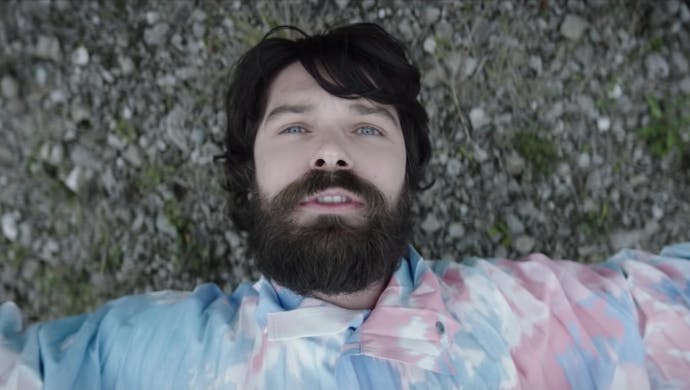 Director Oscar Sansom delivers another striking visual work for Biffy Clyro, this time in the form of a ten-minute long concept encapsulating two tracks. The first segment of the video is a paint-drenched performance concept, featuring the group in an industrial warehouse, playing whilst kicking, throwing and splattering blue paint everywhere. The second part of the video takes a more abstract, surreal turn, narratively exploring a cult-like group in the forest, with glitchy vignettes of people running away, circling the group and the appearance of enigmatic black squares floating in the atmosphere. A regular collaborator with the band, Oscar has created a truly striking work here which features some incredible visual moments, intriguing storytelling, and explosive (and at times extremely messy) band performance. 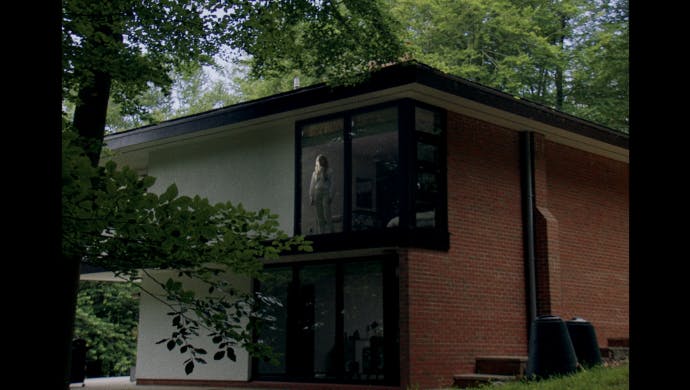 Jack Lilley explores repression and freedom, in the offbeat promo for MarthaGunn's Holding The Fire.Tinged with a sense of eerie foreboding. the video tells the story of a woman stuck in a 70s cult whose worship revolves around completing mindless repetitive tasks. She slowly becomes aware that she wants out, and we see her plan her escape and the fallout of her absence. Anchored by excellent performances from each member of the band, the concept is pitch-perfect, blending humour, elevated horror and nostalgic naivety.

Taisia Deeva directs a terrifying tale of blind faith in her stunning video for German producer Paul Kalkbrenner's Part Twelve. In the video, we are witnessing the life of a totalitarian community living in an isolated place after the death of their patriarch. While all the male members are allowed to leave the place and build a new life, female members are expected to commit a collective suicide in order to join their leader journey in the afterlife.This is an engrossing study of character and human behaviour, and the grim impact of the phenomenon of the religious cult. Without referencing an historical case, Deeva makes her community, and its hierarchy, eminently believable.Shot in Kiev, Deeva and DoP Daniel Obradovic utilises the cast, location with its boundless scenery, abundant daylight with great skill, to create a cinematic flavour that matches the concept perfectly.

videoBring Me The Horizon 'Mantra' (Director's Cut) by Alex Southam

Alex Southam's riveting, crazy whirlwind of a video for Bring Me The Horizon, has frontman Oli Sykes is a down-at-heel outsider who is remodelled by a sinister corporation to lead a cult - with hair-raising results.In this supercharged Director's Cut, Southam manages to cram pretty much a B-movie's worth of lurid, satirical comic horror into four piledriving minutes of action, with the panache of an early Cronenberg. Mantra is a chaotic mix of mendacity, vulnerability, revenge, served up on a bed of psychotropic drugs, with a helping of voodoo for pudding. Hold on to your hats.

Fred Rowson takes us on a journey through the centre of the spirit in this bizarre and hilarious video for Hot Chip's Joe Goddard.Following the burgeoning UFO-hunting spiritualist cult of 'Colour Spectrum' and some of their meetings and religious materials is an experience unto itself. Mixing VHS footage from the cult-founder in with modern day practices (bizarre rituals, outfits and custom a-plenty) are taken to the general public, who are completely baffled. A very comical look at how deeply unsuccessful a British equivalent of Heaven's Gate would be.

Rocks Foe has released this intense, politically charged video for his defiant track, Law directed by Quba Tuakli.It's an unsettling, compelling vision, as those usually excluded from the establishment take the law into their own hands on a West London estate, and a gang, featuring tar-spewing members, target a police officer for their strange rituals. When they do manage to capture the cop, they subject him to the same tar-like substance they've been using themselves...

videoPorches 'Be Apart' by Daniel Brereton

Daniel Brereton has directed this cultish vision for New York-based band Porches, which sees them lounging around in a mansion house, sometimes together - other times apart - but not entirely there at all.Playing on the opposite meanings of the chorus 'I want to be apart/I want to be a part of it all,' the bandmates are shown isolated from each other but also united by the same lethargy, wearing matching black outfits and drinking bottled milk around a pot of fake flowers. The scene is constructed and fake rendered all the more expressive of a group which is stunted and filled with longing.

Florence Welch faces her final demons - as well as an actual demon - in this intense video for Delilah, chapter six of the How Big, How Blue, How Beautiful odyssey by Vincent Haycock. It follows What Kind Of Man, St. Jude, Ship To Wreck, Queen of Peace and Long & Lost, and sees a Florence at the epicentre of spiritual chaos, playing out with expected dramatic furor in a filmically drab motel.The video starts out with a scene in the motel's reception as Florence listens to a preacher's counsel concerning her loss of faith. Soon after, she enters a vortex of religious symbolism, characterised by painterly compositions reminiscent of baroque paintings alongside sequences of what appear to be cult members in writhing prayer.The video mirrors elements we've seen previously, such as the confrontational mob, the frenzied dance sequences and doubled Florences. However, Delilah is also full of thrilling and unexpected imagery such as a nightmarish vision of a demon looming over her sleep - inspired by gothic masterpiece The Nightmare &ndash; and the unveiling of Florence's double as someone else, someone who is not really her.