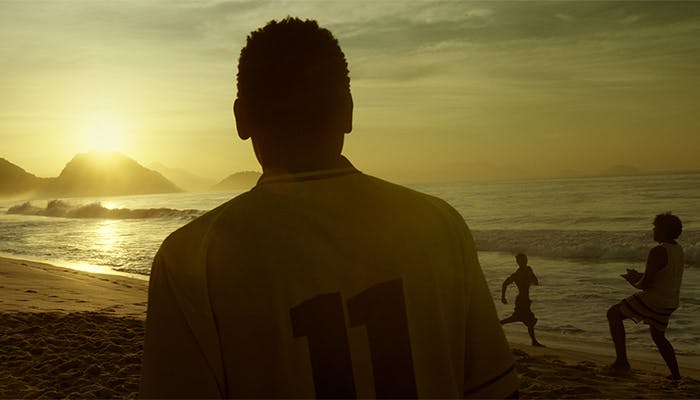 For this new remix of Bob Marley's Is This Love by Lvndscape & Bolier, David Higgs travelled to Rio to tell the story of a young man from the favelas, making his way in the world as the city prepares for this summer's Olympic Games.

In fact, political turmoil in Brazil and the controversial impact of the Olympics construction project itself affected the progress of the production, as the director explains below. But he told the story - and we're pleased to present his director's cut.

"It was an interesting moment to be in Brazil while there was a political coup happening. During our time there President Dilma was impeached, so the atmosphere felt quite unstable.

"The plan was always to keep an open mind and let the narrative be influenced by what we encounterd there. The Olympic construction site was always part of the treatment but when we recce’d it our fixer showed us a favela called Vila Autodromo that was being systematically demolished to make way for the new development. Most of the homes had been destroyed already, with the residents relocated much further out of the city. But there were a few remaining buildings with their owners protesting and refusing to leave. It was quite a contrast seeing this with the backdrop of the new Olympic stadiums so we decided to feed it in to the narrative.

"Our first attempt to shoot was rained off and we had to re-schedule for the following weekend, ten days later. By the time we went back to shoot at Vila Autodromo it was no longer there, the last few remaining houses having been demolished and the rubble cleared. Fortunately between the two fairly unsuccessful attempts to shoot there we managed to get what we needed. Big thanks to the amazing Brazilian cast and crew."