Radar Awards - all the winners 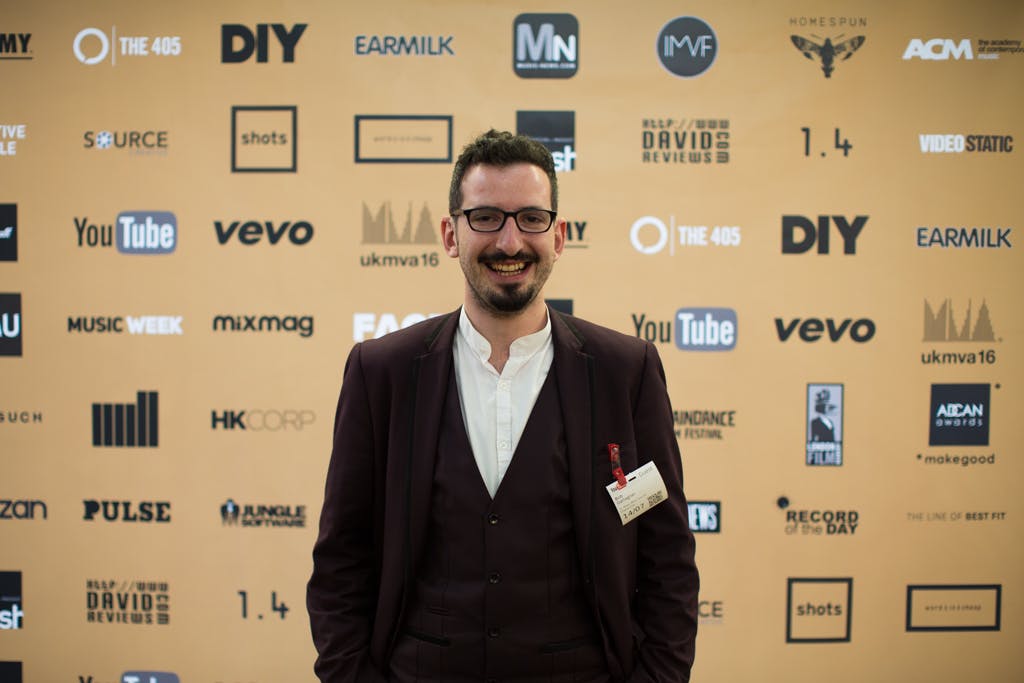 Irish director Bob Gallagher took the Best Up & Coming Director prize at the first Radar Awards, held last week at the YouTube Space in London, where 11 prizes were handed out to celebrate new and up and coming talent across the music and music video industries.

Gallagher (above) also won the Art Department/Styling prize for his video for Girl Band's Paul, travelling from Dublin to collect his awards at an event, hosted by radio/TV presenter Yasmin Evans, and attended by music video professionals and specialist media. Other notable winners were Dutch animators Studio Smack for their video for De Staat's Witch Doctor, and Death From Above 1979's Virgins by Eva Michon.

The Radar Awards received over 700 entries from all over the world, mainly from unsigned directors making their first music videos. Winners received prizes ranging from mentorships with leading British production companies, a promo slate on music video platform Vevo, and valuable equipment and software.

Here are all the winners and their prizes. Highlights of the awards and a playlist of the Radar Awards Winners can be found at the Radar YouTube channel.

Cinematography / Lighting
Hammock    In the Middle of this Nowhere  Dir: Seth Fuller
Prize - Mentorship at Kode

Radar-Commissioned
Lea Porcelain    Out Is In    Dir: Ethan Graham
Prize - Mentorship at Partizan