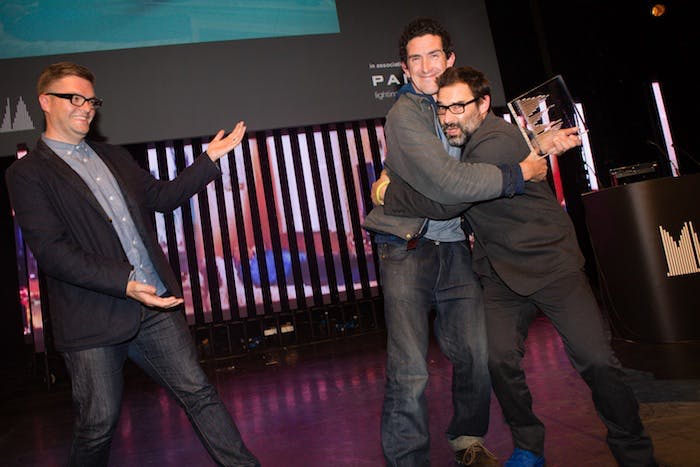 So the UK Music Video Awards 2014 happened in London on Monday night (November 10th) and as they say, if you remember it, you probably weren't there. So here's a little taste of what it was like - the joy, the emotion and the on-stage wrestling.

We start with Robbie Ryan, who has just won Best Cinematography in a Video for his work on Paolo Nutini's Iron Sky, giving host Adam Buxton a bit of a squeeze, while the redoubtable Barnaby Laws of Panalux, perennial sponsor of the Cinematography MVA, gleefully looks on. Seem to remember that happened somewhere in the middle of the show... possibly.

Adam took a bit of a pounding in the photo opps at the hands of some very happy winners - all for the benefit of our lensman, the superbly talented Ben Meadows. And, if you've yet to catch up with MVAs winners, a full list is here.