Ninian Doff: "After a shoot I'm shaking like I ran a marathon" 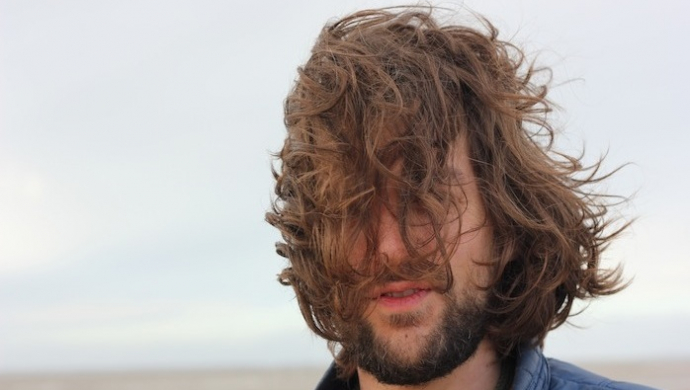 With his videos for Peace, Royal Blood, Raleigh Ritchie and now Kasabian, its been a big year for Ninian Doff, resulting in a best director nomination at this year's UK Music Video Awards. As one of the UK's most intriguing and promising directors working in promos and commercials in the UK, we find out what inspires this 32 year old, how he approaches his work creatively – and his love of skateboarding films.!

You’re nominated for Best Director at the UK Music Video Awards.  How do you think your work has progressed and developed this year?

I honestly don’t know! It’s hard to have perspective on yourself. I mean, in short, I hope it’s getting vaguely better. That’s all we can ever hope for.

The two videos you made for Peace this year have been incredibly funny and unique.  Were these ideas collaborative with the band?

I chatted with Harry from the band first before writing on each of them which was super useful. For Money, Harry had various ideas involving comedic levels of debauchery, sothat gave me permission/confidence to go super-weird for the final sequence of that video. For Lost On Me he was talking about how much he loved the idea of Peace doing a glossy performance video and how weird that’d be, which made me laugh and got the gears turning in my head and led to that video.

Which of your videos this year are you most proud of?

I’m super proud of the Royal Blood video as - and this kind of worked so well I think people miss it - it’s done entirely in-camera. The theory was that if you filmed through a red filter everything red in shot will vanish, likewise for blue through the blue filter, and then to use that technique as a way of hiding and revealing elements of a story to let it unfold.

I did lots of tests beforehand in Photoshop, and with various gels but still being on set and seeing it actually work perfectly in front of my eyes was amazing. Pat Scola (the DOP) had to get a bespoke bit of kit built for the front of the camera in order to shoot it:

"The actual chronology of what videos come out has no real relation to where you’re at creatively."

Are there any recurring challenges that you face during the process of making a promo?

TIME AND TIDE WAIT FOR NO MAN! At night after a shoot I lie in bed shaking and aching like I ran a marathon or something. It’s crazy how much you shoot in a day on a music video but somehow you always make it.

Is there anyone else’s work you’ve particularly admired this year?  whats your favorite video of the last 12 months?

Although its not a music video and it actually turns out it came out last year (but I found it this year so I’m counting it) I got a bit obsessed with a short skateboarding film called A Golden Egg by Jesse James and Chris Atherton this year. In its lightning fast shots - often no longer than two seconds - there are more original ideas in each one than some people manage in a lifetime. It’s the only time I’ve written fanmail to the filmmaker (didn’t get a reply but it’s fine, I got over it).

In music videos I’m definitely excited to see what Emile Sornin does next, Ed Morris has had super simple but clever ideas which is kind of the music video holy grail, Hiro Murai’s been doing a lot of good work and really loved his latest Flying Lotus video. I liked how sad and strange So Me’s video for Jackson and His Computerband was. Luis Cerveró Liars video was really cool. You’d have to be dead inside not to have loved Daniels' Turn Down For What. I was also super impressed with how well this concept of a stereogram music by Jared Raab worked. Once your eyes “click” the 3D, it is actually really really good.

Your videos for Kasabian and Royal Blood have strong cinematic narratives. Do you feel more drawn to creating this type of work at the moment?

I mean hopefully as I get better the videos naturally become more cinematic and well rounded I guess. But it’s funny your “career” from an outside perspective has no bearing on your own development. I write loads all the time and so treatments float around and some get made really fast, some take much longer, some release dates get pushed back, etc...

So the actual chronology of what videos come out has no real relation to where you’re at creatively. I’ve been writing a big mix of technical tricksy ideas, comedy ideas and weird dark ideas for ages and the order they appear just depends which ones land. I’ve got a big pile of unmade ideas, I might start selling them on ebay.

Worlds exist within worlds, which are successively ripped asunder, in Swedish …