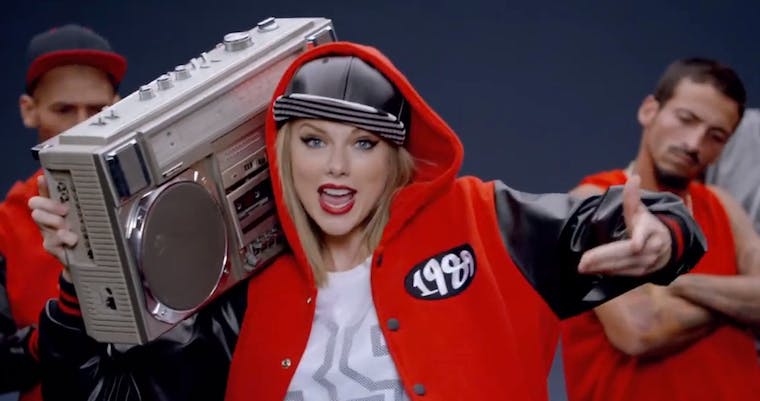 Mark Romanek, director of Taylor Swift's Shake It Off promo, leapt to the defence of his work after rapper Earl Sweatshirt tweeted criticisms calling it 'inherently offensive, ultimately harmful and perpetuating black stereotypes'.

Romanek told the Vulture website “If you look at it carefully, it’s a massively inclusive piece. It’s very, very innocently and positively intentioned. And — let’s remember — it’s a satirical piece. It’s playing with a whole range of music-video tropes and clichés and stereotypes.”

Romanek's promo shows Swift performing with an eclectic variety of dance troupes, including cheerleaders, b-boys and ballerinas. One of the groups consists of hip-hop dancers (of which some are black) and is seen to be cavorting around their bodies, laughing in bewilderment.

Following Sweatshirt's tweet, several other critics joined in with Rookie music editor Jessica Hopper accusing Swift of 'playing on historic, racist mythology'. Romanek went on: "One uninformed tweet got reported on and started this whole ‘controversy'". “Earl stated clearly that he hadn’t seen the video and didn’t even intend to watch it. So, respectfully, that sort of invalidates his observations from the get-go.”