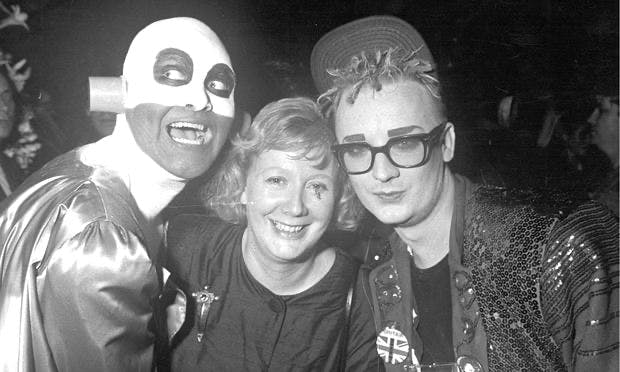 It's very sad to report that Tessa Watts, pioneering commissioner in the early years of music videos in the UK, has passed away.

Tessa commissioned music videos for many of the UK's leading artists in the formative years of music video, including George Michael, Culture Club, Human League, Sex Pistols and Madonna. She also worked with many of leading directors who have gone on to Hollywood success, including David Fincher and Michael Bay, Russell Mulcahy and Steve Barron.

Working at Virgin Records when the explosion in music video happened in the late 1970s Tessa's talent handling artists led her to the role of overseeing the growth of music video content at the label. In the process she supervised from the label side some of the most groundbreaking videos of the 1980s – including Peter Gabriel's Sledgehammer and Human League's Don't You Want Me.

Tessa was instrumental in the launch of MTV Europe in 1987, and in her subsequent career as a producer at Propaganda and at her own company Gravity, Tessa produced big live concert productions for Madonna, Beyoncé, Paul McCartney and others.

Tessa passed away on 13th May, losing her battle with pancreatic cancer at the age of 68.