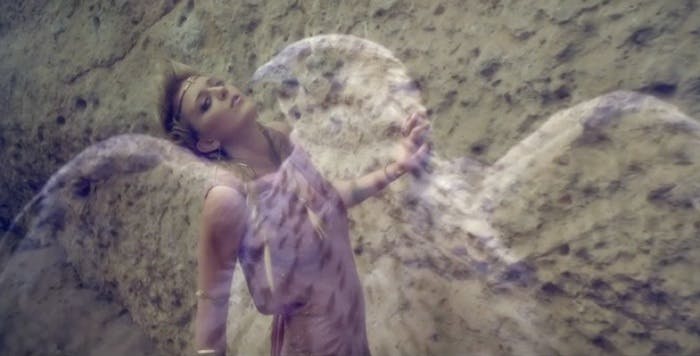 UK production company MADAM is breaking into music content with two of its directors from its roster of stellar directing talent now represented for music videos by Alexa Haywood at Free Agent UK - JONES and Maximilla Lukacs.

London-based filmmaking collective JONES crafted their skills in the London commercial production industry, have been nominated for European Young Director of the year at Cannes, their music videos for the likes of Modestep and Charlie Simpson have to date been viewed more than 30 million times online. Intelligent and thoughtful approaches to cinematic story-telling, performance, dialogue, humour and film language are at the heart of their productions - and their first feature Everyone's Going To Die (pictured), has been rapturously received this year at various festivals, opening SXSW2013, screened at Edinburgh Film Festival 2013, Raindance 2013, New York’s Rochester Museum Of Fine Art and most recently, Dinard.

As a graduate of the San Francisco Art Institute, Maximilla Lukacs is an award-winning filmmaker and fine artist whose works have been showcased at prestigious film festivals and galleries around the globe, and covered by publications including Vanity Fair, V, Lula, Elle and Nylon. In 2012 she co-founded the Department of Peace, an organization that is geared toward creating consciousness raising content and inspiring young people toward political action. Maximilla’s videos include Bo Bruce's Save Me (pictured), Submarines' Fire, and collaborations with Karen Elson, Yoko Ono and Lena Dunham.

"MADAM’s passion for creative moving image means there is a very focused desire to be producing content for music," says MADAM founding partner Carly Stone. "The directors that we are offering to the music industry flex their creative muscles through their promos, and it's this freedom to collaborate with fellow artists that inspires us and is something that we have wanted right from the start. We are not naive to the challenges that production companies and the music industry face, but are enthused by the new opportunities and collaborations that are opening. Delivering memorable content with high production value is our aim and of course having a good time along the way.

"MADAM has found the perfect partner in FreeAgent and are thrilled to be a part of the incredible talent they represent."