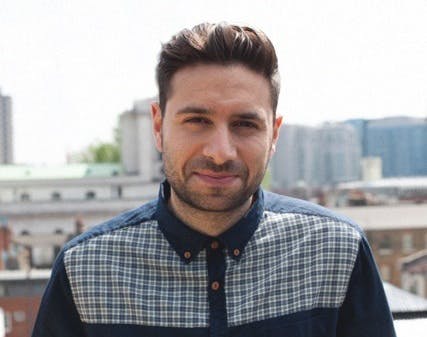 Pulse Films has announced the appointment of Zak Razvi as executive producer of music videos, joining the company in their London office and overseeing all UK music video production output, reporting directly to Marisa Clifford, MD of commercials and music video.

Zak joins Pulse from global advertising agency BBH where he spent the last five years in the TV production department. Marisa Clifford stated: "We are very excited to welcome Zak here at Pulse. He brings with him both invaluable experience as a producer, a genuine passion for music videos and uniquely a refreshing understanding of the commercial world at a time where there has never been greater convergence between videos, brand and advertising."

Zak added: "I am really happy to start at Pulse and to be working with some of the most innovative and creative directors in the world right now. For me the music video platform allows us as filmmakers to create and capture visually compelling stories and performances that the audience will be excited by and want to share with others.”

Since its inception in 2005, Pulse have worked with some of the world’s most successful, influential and creative artists including The Rolling Stones, Katy Perry, Coldplay, The XX, Jack White, LCD Soundsystem, Blur, Mumford & Sons, Jessie J, Flying Lotus, The Killers, Nick Cave, Take That, Adele, Calvin Harris and many more. And the announcement of Zak Razvi's arrival at Pulse Films closely follows news of the company's inclusion in the the Sunday Times' annual FastTrack100 survey of the fastest growing UK companies – the only music & media related company in the UK to feature.