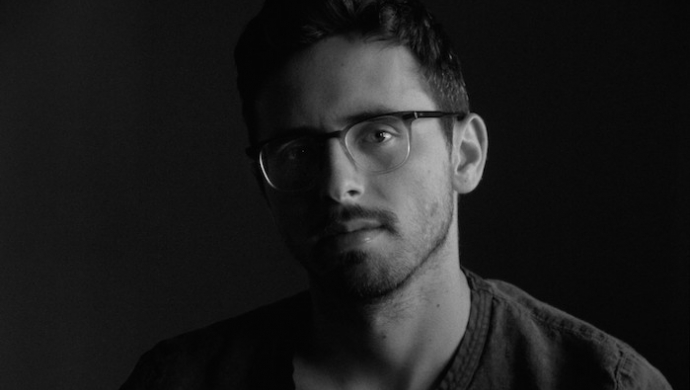 Earlier this summer, Alex Takacs - otherwise known as Young Replicant – was selected as part of the 25th Saatchi & Saatchi New Directors' Showcase at Cannes, for his direction of the video for Flying Lotus' Coronus, The Terminator - in which Steven Ellison, aka Flying Lotus, plays a dying man travelling through the intermediate zone between life and death. It was a well-deserved, and frankly overdue accolade.

Born in Canada and raised in Los Angeles, Alex started making videos under the name Young Replicant while studying design at UCLA, and over the past five years he has developed a characteristically elegant and otherworldly aesthetic. In the process he's directed acclaimed videos for the likes of Purity Ring, The xx, Lorde, and Bonobo. We caught up with Alex to ask him some questions about his career to date.

Promo News: You started making videos while studying design at UCLA, how has a background in design helped you with your career as a filmmaker?

Young Replicant: It's given me a lot of practical skills, especially in terms of communicating and presenting ideas to the people I work with. Pitches are the main thing, but I also like to create a guide document for different departments in pre-production. It helps get people with different skillsets on the same visual wavelength in a short amount of time.

There's definitely an analytical rigour that you develop as a designer. You're taught that every element has to serve a purpose, even if that purpose is to confuse or create ambiguity. I think that's shaped my approach to image making in subtle ways, but I wouldn't consider my work "graphic" in a formal sense. I'm constantly trying to make things look un-designed and less contrived. Self-analysis and interpretation is often the enemy in that case.

Your identifiable style was already in evidence in your Hooray For Earth video for True Loves in 2011. How did that video happen, and what had you done before that?

After the Baths video [for Lovely Bloodflow, co-directed with Alex's original YR partner Joe Nankin] got a little bit of attention, a friend of mine put me in touch with the guys at Dovecote Records. It was an ambitious video for the budget, but it was still the early days so anything felt possible.

When did you realise you'd rather be a filmmaker than a designer?

I've always known. I would turn my design assignments into video projects whenever I could get away with it, which was often.

Your video for Purity Ring's Fineshrine has a very classical feel. What were you trying to achieve with that video?

In 2010 I'd never heard anything like the first Purity Ring album before. The production is shiny and sharply articulated but the lyrics are very earthy and ambiguous. I think that's what the video was trying to balance; a mythic, Apollonian feeling with elements that were more grounded and bodily.

What would you cite as the main influences on your work?

Moments when the membrane of culture is the most thin.

You made two contrasting videos for The xx, for Fiction and Chained. How did you overcome the different challenges that each one presented?

The first was tricky because the band wanted something that was purely visual. Stretching such a simple idea into two minutes was challenging because I was in a narrative frame of mind at the time. The second video was a little easier because the song allowed for more of a balance between visuals and understated story.

Do you have a favourite camera, lens or piece of tech that you particularly like at the moment?

I love a good handheld monitor.

What was your thinking behind your video for Lorde? What's it like working with a teenage prodigy?

Lorde had an idea about a close knit group of teenagers taking over a spa. I tried to put my own spin on it and create an interesting narrative for these characters who've found a second family. It was an insane one day shoot, but she was very cool and professional to work with.

Coronus, The Terminator is unusual among Flying Lotus videos in that it features the artist on screen. Was it difficult to persuade him to appear in the video?

He was actually really adamant about being in the video from the start. The song was a key moment on the album and important to Steve personally, so it made a lot of sense for him to make more than his usual cameo appearance.

How would you describe the ideas and meanings of the video? For instance, what is the meaning behind the shantytown under the freeway?

I try not to explain my work too much because I think ascribing a meaning to an image can flatten and diminish it. A whole universe of possibilities collapses into one narrow interpretation. I'm always trying to create a complex world that really exists rather than something that's a symbol or allegory for something else. In Flying Lotus, the images are meant to be felt rather than deciphered like hieroglyphics.

Do you have a favourite among your own videos? If so, which one and why?

I don't really have a favourite, maybe one I haven't made yet. If I had to pick, I'd say Bonobo's First Fires was the video where I felt like I was finally working within a style and cinematic language that was personal to me.

What have you particularly loved in film, music and art in the past year or so?

A Norwegian film called Blind by Eskil Vogt and a Mexican film called Heli by Amat Escalante which are both semi-recent. Lately I've been listening to music by Igor Wakhevitch which isn't new but new to me. Also, Drake has been particularly good this year.

Any new and exciting projects on the way?

A few music videos and a short film.

How did you react to being chosen to be part of the Saatchi & Saatchi New Directors' showcase?

A lot of my heroes have been featured in past showcases so it was very humbling. Just being among that company is as gratifying as winning any award.

Any final words for your British fans?