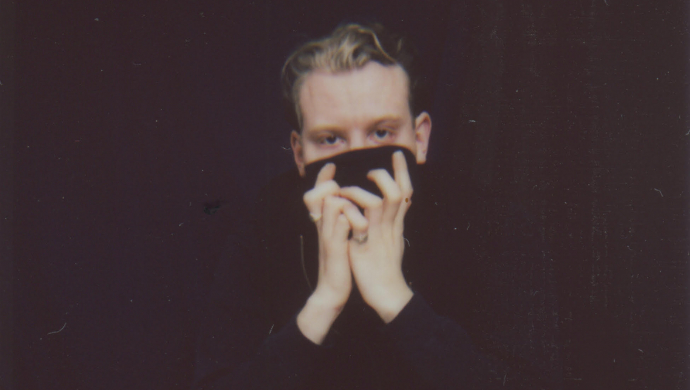 Duncan Loudon, 25, has made a big impression as a director since he joined Somesuch a couple of years ago. His instinctive feel for the creative possibilities of music videos, his use of camera technique and formats allied to visual effects, has led to acclaim for his work for the likes of Flohio, Obongjayar and MorMor.

This year he has worked with some well-known artists - namely, Skepta and Slowthai - and in October he won two awards at the UKMVAs, including the prestigious Best New Director award.

What were you doing before joining the directors' roster at Somesuch?
I was van-driving for work mostly. And also making videos, etc - just me, myself and I. I was on the lights, the camera, in the video, in the edit, etc...

What was your first job, or first significant break in the industry?
A video for [Swedish producer] Baba Stiltz. Joe (Baba’s manager) gave me a music video to make for him - with a £40 budget. I overspent and it cost £60.

Name one music video that inspired you that get involved in making music videos?
‘DROP’ - Pharcyde [1994, directed by Spike Jonze].

Name one project you’ve done that was significant as a learning experience – and why?
The MorMor 'Outside' video I did was all kind of crazy. The whole video was all based around very specific situations that we could do within very specific different areas of a school... and a slightly weird school at that. So finding the location was pretty tricky.

Seth (MorMor) was already on the plane over from New York unaware of how south it’d all gone...

Then when we finally confirmed our third school location that had all the weird features we needed (as the previous two schools that we had confirmed pulled out) we then lost that location (and therefore the entire plan for the video). That was 17 hours before we had to start shooting no matter what, as Seth (MorMor) was already on the plane over from New York unaware of how south it’d all gone.... ( we also lost most of our props).

So on the day of the shoot... a few hours later we walk into an empty warehouse, and have to totally rethink the video as we go. Things then continued to keep failing all day, shots having to be changed on the go. That stress and reactionary way of working helped me calm down loads on sets after that video. Think it just helped me keep calmer in the chaos of it all going wrong.

What are your favourite music video-related jobs of the past year or so, and why?
Slowthai x Denzel Curry 'Psycho'. It was a mad turnaround that video. I got a text exactly one week before the video was to be released, asking if I had any ideas for this track, and would we be able to make it work, shooting in another country, and delivering within that time? Which meant finishing my animatic on the plane out there, and having no choice but to start the edit on the plane back. (There's a part of me that really loves that manic rush, and obviously a part that hates it).

The strange part was that coincidentally the same day we got asked about doing that track, I had been watching Slowthai's Glastonbury performance of it wondering whatever happened to that song and thinking: I wonder if it will come out. Anyway it worked out, and it's the video I made this year that feels most like myself, I think.

Also the 'FRENS' video for Obongjayar. There was no plan as far as I remember to make a video for that song, but I pitched the idea to Steven (Obongjayar) which was something I'd been thinking of for a while: the way pregnant people move with a life inside, dancing a duet with your unborn child and that period at home alone an expecting mother has - just them and their bump - felt like an interesting headspace.

It came from this story I heard of a Pina Bausch dancer who became pregnant mid-rehearsals for a show, to which Pina just altered her role and changed costume instead of switching dancer, so in the end there was a pregnant woman dancing on stage. Steven liked the idea and found Nathalie (the mother) who was also into it. And before we long it was done and I'd had the chance to see that idea I had.

There isn't much record of a pregnancy, you just get box loads of pictures immediately after the child is born

The best part of all of that, is that in ten years time hopefully Nathalie can watch that back with her boy. I was thinking how often there isn't much record of the pregnancy itself, you just get box loads of pictures immediately after the child is born. I personally have never seen any pictures of my mum pregnant. I'm glad Nathalie will have this fun thing as a memory to go back to.

What are you currently working on?
A few things. Mostly writing my own film and developing this photo-book I want to make (that one won’t be done for a long time though).

What kind of work would you like to be doing in future?
More design, more stills work, and more video projects that have a 360 aspect to them, where I can be involved with how they are released, how they are shown, the trailers, the posters, etc... as well as just the video itself.

What advice would you give someone entering your field?
There is no right way to do anything.

Tell us something that we don’t know about you?
My left knee cracks/crunches like a crisp packet sound.

When you’re not working, what do you like to spend time doing?
Any chance I can get to swim in the sea, that’s the best thing in the world.

Where did you go on your last holiday (or vacation)?
New Forest.

And where would you love to visit?
Hiroshima.

My advice? There is no right way to do anything.

What are your favourite music videos this year that you weren't involved with?
Vince Staples - Fun [directed by Calmatic]; James Blake - Can’t Believe The Way We Flow [by Frank Lebon]; and Kano - Trouble [by Aniel Karia]

What are your favourite currently-running TV shows?
Not sure... Peaky Blinders, The News.

What’s the best movie (or movies) you’ve seen recently?
I re-watched A Prophet the other day. Also I just saw Monos which was incredible - that Mica Levy score is amazing.

Favourite music artist(s), and favourite gig(s) in the past year?
Obongjayar’s headline show was amazing, and felt like a real moment.

What’s your favourite political or charitable cause?
Macmillan cancer support.

• This is a sponsored co-production by Promonews and Somesuch.