"We've normalised so many bad practices" - Daniel Kwan on We Direct Music Videos, The Guidelines, and WDMV's longterm aims 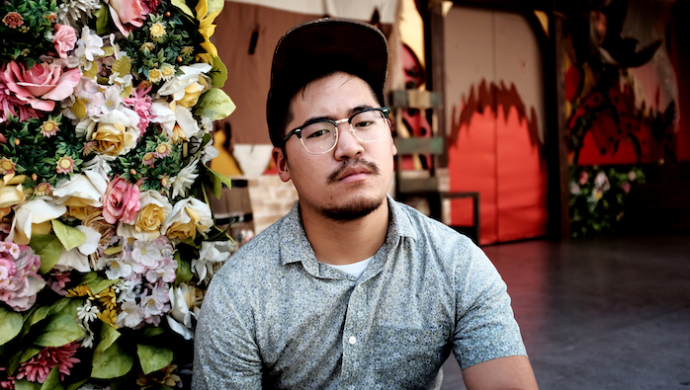 We Direct Music Videos is shaking up the music video industry. The LA-based organisation dedicated to improving work conditions for music video directors published its Guidelines & Best Practices For The Pitching Process for music videos just two weeks ago (Thursday July 25th), and has received an overwhelmingly positive response from the production side of the music video community - and also, to some extent, on the music side.

Written to address what WDMV and its supporters see as the exploitation of directors, at the pitching process and also in production, The Guidelines recommends a way to ensure that fewer full treatments are created per job, with a three point pitching process, in which the treatments come from a whittled-down list of directors after an initial Concept phase (a one-page top line treatment, in effect) followed by a creative call between artist and director. There are also recommendations on
having a guaranteed presence of diversity, in terms of ethnic minorities and women, in the process; and also protection of directors’ intellectual copyright.

Since the Guidelines were published, over 1600 individuals and companies have pledged their support of the reforms of the pitching system in its proposals, and for the broader mission of WDMV - to create transparency in the system, greater respect for director’s contribution and minimise free work. It is a big number, including directors at all levels of the industry (including Spike Jonze, Hiro Murai, and Melina Matsoukas at the top). But also a major label in BMG US has also pledged its
support for the Guidelines.

In the past ten years I’ve seen a couple of attempts to change the industry, and they have failed. I learned so much from that.

The campaign has been backed up with a social media drive that continuously updates on news about how the initiative has gained more support - another reason to conclude that this is the best organised effort to affect change in the entrenched system of making music videos for many years. It augurs well for WDMV's plan for members of the industry to start adopting the Guidelines in their working practices from early September - after the Labour Day holiday in the US. In other words, in
less than a month's time.

So Daniel Kwan, one half of the directing team DANIELS, founder and prime force behind We Direct Music Videos, could be forgiven for being excited by what has been happening in the past few weeks, and the prospects for the success of the Guidelines. In fact, he is keen to stress that their publication and adoption is just the first stage of what the organisation hopes to achieve. But first of all, he believes the Guidelines can and should work for all sides of the industry.

“We built the Guidelines with the help of commissioners and reps as well as directors,” he explains, on the phone from Los Angeles. “We don’t want to hurt what makes music video so special. We want to protect that. But we also want to re-educate artists and managers (and labels) of the real costs of making music videos.”

Kwan says that this attempt to change the current relationship between the music industry and music video production comes from having his personal experience and crystallised during the time spent away from it, in the world of feature films and TV. "I realised that people don’t work like this in other forms of entertainment, and those outside of the music video industry  don't understand how it could be tolerated," he says.

In terms of talking to the labels, we’re already making inroads. I’m confident that these conversations will happen.

Having made a relatively low budget video for DJ Snake's Turn Down For What in 2014, which then became a video viewed more than 880 million times on YouTube, Kwan and his directing partner Dan Scheinert have experienced an artist and his label benefit financially from their work from the streams of the video alone, while they were paid a relatively small fee for their extraordinary efforts. It is perhaps an extreme example of what can happen, but one that has fuelled Kwan's sense of injustice of the process.

"You come back to music videos after working in other parts of the industry and realise that it’s so twisted," he says. "We've normalised so many bad practices. The expectations are so high, and the budgets are so low. You have a large number of directors all pitching on the same job, all promising to do more for less. It’s become a race to the bottom."

Kwan launched We Direct Music Videos with the help of a group of enthusiastic volunteers last October (hailed on WDMV's Instagram account recently), creating a buzz in the industry with its stated objectives, and immediately gaining serious engagement by the directing community at meetings in both Los Angeles and London in late 2018. After the initial buzz, the excitement died down, while the volunteer force behind WDMV have necessarily had to spend more time with their day jobs.

But in this period Kwan says that the organisation has been gathering information from the industry about their major concerns from their 'community polls' about the pitching process. The Guidelines came out of that.

Daniel Kwan addresses the WDMV's 'Town Hall' meeting about the Guidelines & Best Practices for the Pitching Process, earlier this month in Los Angeles

“For the past eight months we have been working on the Guidelines, getting advice and help from the DGA, AICP, MVPA, director’s reps and commissioners.” Now the aim, he says, is to engage with the labels, to have a discussion about the proposals, but also without expecting that they will immediately fall into line with these proposals.

“The conversation has been started. The first step was getting directors on board, and next is getting the community to educate the rest of the industry. In terms of talking to the labels, we’re already making inroads through commissioners, and I’m confident that these conversations will happen. BMG have taken the leap of faith, and in the coming months we're hoping to see more labels do the same.”

Kwan says it that a crucial part of the strategy of WDMV is to accept the likelihood of disappointment and setbacks on the road to a better deal for directors. The idea is to keep raising the issues and to keep talking.

David vs Goliath? I like to think it’s more like Lord of the Rings! A bunch of scrappy individuals pulling together to gather around a common cause...

“I’m a pragmatist," he says. "In the past ten years I’ve seen a couple of these attempts happen, and they failed. I learned so much from that. I think one thing we’re doing differently is that we’re not going in with high expectations. We’re not expecting too much, too fast. We’re trying to unify our narrative, about how we get to where we want to go to.”

So he says that the Guidelines are what they say they are - and as such, they can become an important discussion point for people on all sides of the industry. But they are also a key element of WDMV's longer term strategy, to have the music industry recognise the true cost of the making music videos – what Kwan dubs the Music Video Subsidy.

"There's a gap between what a music video actually costs, and what it would cost if everyone got paid a fair rate. That is because our industry is full of passionate people. But how do you quantify this passion? How do you put a number value on that sweat equity? We're calling that value the Music Video Subsidy, because music video directors and their collaborators have been essentially subsidizing the music video industry for decades now by donating their labour, their equipment, and their crews to make music videos possible. We hope to use this number to educate all parties involved on the true financial costs of video production, to reset expectations, and to help regain a little more respect for our craft and our labour."

Creating awareness of actual and true costs of production is something that Kwan feels is important in order to reduce situations when directors do not get paid, or when they feel the need to invest in the work they are making, in order for it to reach the standard they want it to be.

He agrees that music videos may be a special case, with creativity often driven by love of artists and their music, and the sense that it will lead to a career boost into greater things - as it has done for DANIELS. But Kwan is adamant that it does not justify the level of exploitation of directors in the current system. Crucially, unlike in the Noughties when illegal downloading had crippled music industry finances, he says that the music industry can now afford to pay more.

“We need financial transparency from the labels," he says. "What are they making from streaming? A recent article from Pitchfork has said that music industry revenues could exceed the levels that they were making at its peak in the Nineties. So if we don’t start this conversation now, we’ll get left behind.”

Ultimately, no other previous initiative by music video makers to change things, in the way they work or are paid, has made an impact in changing the overall system. So why does We Direct Music Videos feel that it can succeed where others have failed? Isn't this another case of David against Goliath?

"I'd like to think it’s more like Lord of the Rings! A bunch of scrappy individuals pulling together to gather around a common cause..." says Kwan. "I think the important thing is for us to be realistic about what we can achieve. And be patient. We Direct Music Videos is a volunteer organization, so there will be lulls, when things don't happen. We will need to break sometimes - to go back to paid work.

"But every year we’ll have a target. Last year we announced our organization, and that created excitement. But then that quickly died down. Now we have released the guidelines, and excitement is high again. But that will probably be followed by another lull, until we reach our next target. So long as people understand that this is how its going to be, that’s fine. But as
long as we have these surges and new blood comes in who are excited and can take up the baton... I think there are reasons to be optimistic that we can do this. That we can change the industry."