Spotlight: Dan Moran on his rules of colour grading 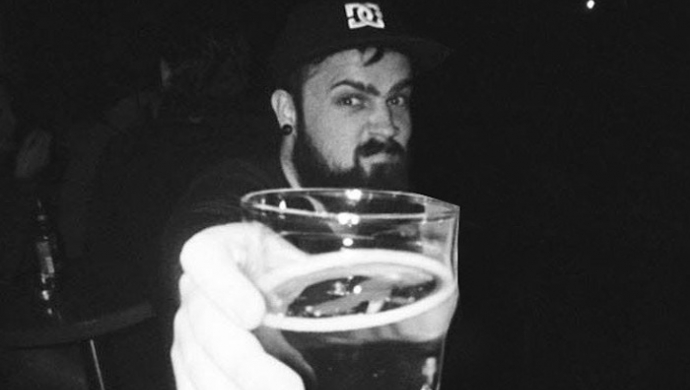 Early 2018 has seen the launch of London based post-production house, Creep Post. Nestled in the heart of Fitzrovia, it serves up an all-encompassing post offering of colour, motion, VFX, editing and beauty. Creep's colour team - delivering outstanding grades from their state-of-the-art suites - is comprised of seasoned colouristas Faith Millin, Chris Bell – and grading veteran Dan Moran.

Moran has been a top colourist in London for several years, grading hundreds of music promos in that time, for the likes of Radiohead, Bjork, George Michael, Zayn Malik, Calvin Harris, Sam Smith, Depeche Mode, ASAP Rocky... the list goes on, and on.

Now happily esconsed at Creep, we thought it was high time to prize him from his colour cave, take him around to the pub, and ask him some deeply probing questions...

What’s your absolute favourite music promo of all time?

Muse - Knights Of Cydonia. Or to be honest, anything by Joseph Kahn. He was the first director I remember knowing about, probably from his Blink 182 video for Always.

I was lucky enough to work with him a couple of years back after speaking a lot about RED cameras on Twitter, on a Smirnoff commercial. I allowed myself a fanboy gush about how much I loved Knights Of Cydonia and his response was perfect.

What is your favourite kind of project?

I love projects where people push me to my limits and beyond. Some of my best grades have come from the hardest sessions where directors say things like: “you're not trying hard enough, push more buttons and impress me!”

I think everyone works their best when you are right on the edge of your comfort zone. That's when exciting new things happen that you could have never dreamed of before.

What’s the biggest artist entourage you’ve ever had to cram into a grading suite?

I think the record is 17 people and a dog! It started out as a grade and as the evening went on it turned more into a party. You know when people are requesting vodka by the bottle and six packs of Red Bull that it’s going to be a good night.

All the artists I’ve worked directly with have been a lot of fun and I’ve been lucky that they have all been super cool and relaxed.

What’s your go-to drink, snack and lunch during a grading session?

I’m a caffeine junkie so normally double espressos and then moving onto Coke Zero.

I don’t actually snack too much. I don’t normally get enough time, as I’m too busy getting paid to touch balls for strangers in a dark room for money.

"I don’t normally get enough time to snack at work. I’m too busy getting paid to touch balls for strangers in a dark room for money"

The world is deciding on the BEST colour: you’re a colourist, you’re on the panel, your opinion is respected, which colour do you vote for?

I’m Irish, so if I don’t say Green people will be disappointed.

What’s the weirdest request you’ve had during a grade?

It’s hard to pick a favourite. Tracking arses has been a fairly common request to make them pop out in the grade.

I think my favourite has to be spending an extra day in the grade adding shadow to an artists jawline because he had “given up drugs and gotten fat” according to this manager.

I had the pleasure of grading with Anton Corbijn for his Depeche Mode Live In Berlin concert film. It was nine cameras covering all areas from a spider camera whizzing through the air to c300s to Alexas. We graded from 9am till 10pm for six days straight and I remember eating every single meal in the grading suite.

We also ate three tonnes of dark chocolate Digestives while grading that film.

Graded by Dan Moran: Fionn Regan 'The Meetings Of The Waters'

What do you think makes a good colourist?

Someone that knows how create harmony between what has been shot and what the project audience is...

Grading is in a really difficult place at the moment where a lot of colourists want to force their look or style onto a project even if it doesn’t fit at all.

I myself have totally done this in the past but after many years of pub chats with colourists all over the world (I help run the colourist mixer party at NAB every year) we all come to the same conclusion: the best grades are the ones that know how to treat the footage right and add the perfect amount of style and texture.

What advice would you give to an aspiring colourista?

For me it was all about photography. Shooting 35mm film on my Dad’s Nikon FE was the first time I realised that his film photos looked so much better than our home videos. That was my first push into the quest for the best possible images and what elements made the biggest difference. It helped me find both my ideal image and ideal starting point.

I love shooting a stop or two underexposed when working with film as it gives me my perfect starting point when grading.

"The best grades are the ones that know how to treat the footage right and add the perfect amount of style and texture."

You should also try and find yourself a mentor. I was incredibly lucky to have Mark Horrobin and Duncan Russell take me under their wing when we were all at Smoke & Mirrors together.

Grading is just one of those things that you have to put hours and hours into to refine your eye, learn the correct techniques and gain confidence in. When you are learning you literally can’t see the mistakes in your grade because you don’t know what to look for.

What excites you most about the next step in your career?

Now that I’ve eaten my way around Soho it’s going to be exciting to explore all the fine dining Fitzrovia has to offer. I’m also incredibly excited to be working with such a talented team. Working with a team of colourists is always exciting as you can help critique each other's work and boost each others confidence. We’ve got big things planned with Creep.

This is sponsored content. For more information on the new Spotlight series on Promonews, email info@promonews.tv.

Behind The Video: Taz Tron Delix on Oscar Worldpeace's No White God

George Moir is the ice cream van man with his own weird, wonderful range of ice lollies, in George …