Spotlight: Chris Bell on making the grade at Creep 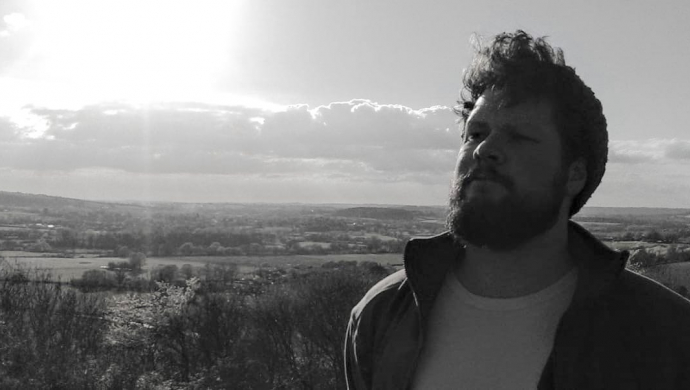 Having covered a string of ongoing projects for Ted Baker and Superdry, Chris has also dabbled in music with the likes of J Hus, Big Shaq and with the chiselled cheekbones of Shawn Mendes. His recent music credits also include grading videos for Oh Wonder, Enter Shikari and KLVDR's motion control-driven video for Yxng Bane's Vroom.

Earlier this week we sat down with Chris and discussed the deepest, darkest secrets of colour grading in the world of music promos.

What’s your absolute favourite music promo of all time?

The video for the Justice song New Lands, which was directed by CANADA, lead on the project by Oscar Romagosa. It stood out to me because of how well realised the world they created was. When music videos are so often based around something closely related to music, like dancing and that, it was cool to see something totally different and imaginative.

Where do you look for inspiration?

I try to take inspiration from everything around me - TV, film, photographers, and galleries - the usual stuff. I find paintings very interesting too as they are so meticulously considered.

Which artist would you love to work with?

Interpol. I've always liked their music and ever since seeing the video for Evil - I've thought they would be fun to work with.

What’s the weirdest request you’ve had during a grade?

To do "that tea bagging thing" on someone's eyes.

"Getting my hands on as many projects from different people and genres as I could helped me try a lot of new techniques." Chris Bell

35 hours over two days. It was an early project that I worked on with [director] Jamie Korn. The clients were all on tour in different countries, so getting feedback was a very time-consuming process. It was mid-summer and there was no air conditioning in the suite we were using - which was less than ideal. Jamie stayed in the office for three days solid - and somehow remained cheerful and awake (for the most part).

What is your favourite colour to work with?

I currently like working with yellow. Because of the time of year a lot of people want warm, summery grades. Previously I tended to use red or orange to get that sort of look, but now I am trying to use more yellow. It is quite challenging because you can easily end up with things looking green.

What is the best piece of colour work you have ever seen?

I recently re-watched Road To Perdition, which was shot by Conrad Hall and developed with his long time collaborator Phil Hetos. I particularly liked the way they lit the low light scenes.

What is the most complicated shot you have ever had to work?

Changing the white wall behind a whiskey bottle, which was being poured in a couple of the shots, to a bright orange whilst retaining the colour of the whiskey. It was more of a VFX job to be honest...

What do you think makes a good colourist? What advice would you give to an aspiring colourist?

Being good at listening and interpreting what people want to say with their work via colour.

I consider myself still very much at the start of my colouring career, but I would say that getting my hands on as many projects from different people and genres as I could helped me try a lot of new styles and techniques which I wouldn't have considered otherwise.

*This is sponsored content. For more information on the new Spotlight series on Promonews, email info@promonews.tv.

Behind The Video: Taz Tron Delix on Oscar Worldpeace's No White God

Wes Nelson thrives in a surreal suburbia, in Oliver Jennings' offbeat promo for Nice To Meet Ya.

Up-and-coming singer Haiku has a sensual and intimate showcase for her single Paradise, …