Sophie Muller talks to PROMO: "I still love what I do." 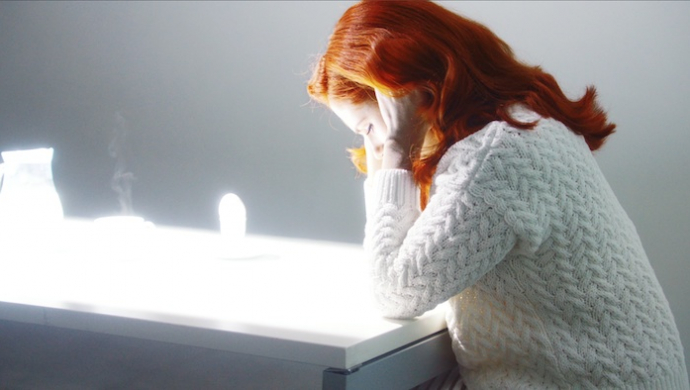 Sophie Muller is the most successful female music video director of all time. Simple as. She is constantly creating, working with many of the world’s top pop stars time and time again.

Sophie’s weapon of choice is personability. Gwen Stefani probably said it best: ‘She has the gift of being able to bring out the artist's personality, emotion and style’. She is a true conduit - talent that encourages talent.

Sophie’s been doing it a long time, starting her career in the mid 80s. And in 2014, she appears to be busier than ever, with projects for Katy B, Robin Thicke, John Mayer and Katy Perry released since the start of the year.

PROMONEWS's Luke Tierney recently spoke to Sophie about her two latest projects with Birdy and Katy B, get some of her thoughts on current state of the industry, and some words of advice to the latest generation of music video makers.

Luke: You have a knack for doing more than one music video for an artist. They keep coming back to work with you. Why is that?

Sophie: Well I guess because people love working with me! [laughing] Oh I don’t know. I think I find it strange that someone wants to work with me again, and I really like it. I’m not the sort of person to go: ‘oh I’ve worked with them, I don’t want to work with them again’. I’m like: ‘Oh great’. Because in some ways the more you work with someone the more you can do good work. You know what they can do and what they can’t do. You can learn what they want to do. And you know what they’ve already done, so you can push them further, and it becomes a comfortable thing rather than a stressful horrible, frightening thing. It’s your face, your music, so you obviously have to be happy with it.

You recently did a video with Katy B for Still. It’s really beautiful...

It’s very simple. The video we did before for Crying For No Reason – what I really liked was the colour of her hair. Orange against black. When we first heard this track I said ‘I see this with her on a kind of icy lake wearing white, and the only colour in the whole landscape is her orange hair’. But of course that couldn’t work because we couldn’t find the frozen lakes. So it was reduced down to this idea, so we had to find a white location in order to do a similar feel.

You co-directed Crying For No Reason with Ross McDowell (of Ben & Ross). How did that happen?

I’ve been working with Ross for three years now pretty much consistently. He worked with me on the Sade tour as head of post-production, and every video I do now he contributes in some way from a technical point of view. He was in LA with me, working on a Robin Thicke video, and I was talking to Katy B’s people and coming up with with this idea of a really simple performance... They said ‘we really like the Disclosure video’ so I said ‘that’s so weird that’s my friend Ross’s video, he’s right here!’ And I say ‘Ross do you want to co-direct the Katy B video with me?’ and he says, ‘yeah alright’.

But you only co-direct videos very occasionally…

He’s been on lots of shoots with me and we spend a lot of time together so it wasn’t like: ‘who is this strange person that I’m co-directing with’. It was more that I did I guess the things I think I’m good at and he did the sort of things he’s good at.

I always really envy directing teams. I think: ‘God, amazing to have someone to share the burden or the horror with when it goes wrong and when it goes right.’ At the same time, I also really don’t understand how they work. It’s such a weird thing to have someone share a job like that, which is your vision. But you know it did work with Ross in that way as it was a shared vision.

You’ve also recently done another video for Birdy – very different to the Katy B project. You’ve cast Birdy as a ghost in the Words As Weapons. Was that for you a reflection of the artist?

From very early on I’ve thought she should be a ghost – for a few reasons. I’ve always said that Birdy has this really otherworldly quality, like she doesn’t feel like someone of this world. I think this is the sixth video we’ve made together, and I’m always pushing her, telling her: ‘Don’t be real, don’t be normal, everyone does that. Don’t try to be like everyone else. That’s what’s special about you’.

It was really fun to do. We were totally unprepared – we just made the story up in the morning. We found a derelict house in Peckham which was a perfect location. I wanted the people to be art students – they’re cold all the time, which is why they’ve got the coats on. They’re not very comfortable, and then there’s that sound like she’s banging her boots on the ceiling. The DoP Robbie Ryan who I’ve worked with loads, I knew he’d get that one. So I thought let’s do that initial position, and ghost effects, that kind of thing. It was very much messing around.

So off the cuff then.

Totally off the cuff. I only cast the actors the day before. What really shocked me is that when people see it now they think it actually is scary. Especially as I had such a laugh doing it. It’s weird that those things actually work. When you get someone pulling a scary face and people go ‘aaahhhh!’

Within the industry naturally there are changes and trends. So what are your thoughts on the currant climate?

There’s a lot of videos now that get made that aren’t artist-based, and I’ve never made a video without an artist in it. I really love it and appreciate it but I just don’t feel part of that, because for me I love working with artists. When [commissioners] say: ‘oh the artist doesn’t have to be in it’, then I’m just not that interested. People send me the track and instead of me having an ‘oh my god we can do this’ idea, they never happens for me. All my ideas come from talking to an artist, and they never come from the music: what do you want to do, how do you want to be. How do you see yourself being in this, how do you want people to feel about you, feel about the song, what do you want the video to do for you. It’s a really good tool for people to use it to change their opinion about you.

So the industry seemingly hasn’t really changed for me, because the thing where [the viewer] wants to connect to the artist hasn’t changed. The song exists, it’s a piece of music. I hate videos actually, you know, like the fact that they interpret music. Sometimes if I watch a video it ruins the song for me.

What about the opposite? Does it ever make you like the song more?

Oh yes it has done absolutely, it completely has. That’s what you look for, but most videos don’t do that for me. I just find them really boring. But I’ve always loved seeing people be emotional, so when you get that thing with the artist so it works for the song, it does something else. You go through the video and feel closer to the person who’s performing in it. I’m always trying to achieve that.

All the ideas-based directors, like CANADA’s videos for example – they’re amazing but they’re not about the artist. They’re about the filmmaking, and about the song maybe. The fact that I still want to make videos about artists means that things haven’t really changed that much.

Maybe that’s why you have such a great relationship with artists and they want to work again with you.

You’re working with the artists rather than treating them like a big piece of meat. Where you say stand in front of the camera and say ‘OK now bring on the exploding horse’ or something. But I wish I had a list of ideas and go, ‘oh, number 12, haven’t done that one yet…’ I really struggle with ideas.

That anticipates my next question. I was going to ask if there’s anything you hadn’t done yet?

I like the idea of making a good video without an artist in it, but when it comes to it, I just never seem to want to do it. So obviously I don’t want to do that. I still don’t feel like I’ve done everything. There was a time when I’d say ‘I haven’t used a crane yet so I’ll try that one’.

The fact that technology is changing so much is quite exciting. I don’t need a single other person – I could shoot it, I can light it, I can edit it, I can output it, I can grade it, all myself.

Do you think that’s good?

I’m not saying that’s a good thing, but that’s what has changed radically. When I started you couldn’t make a video and not grade it, that’s unthinkable, but on the Birdy one, I graded it myself, because I could. It’s easy. I’m a big fan of digital I’m not one of those people who says I wish I could shoot on film. I have no desire to do that.

My last question, is, do you have any advice for anyone that wants to be like you?

Be like me? The only thing is you have to remain enthusiastic. I still love what I do. You can’t be like ‘urgh I don’t want to go to the shoot today.’ I like it so much that the idea of actually being paid for it is an added benefit. I’d say the only thing that’s changed really radically for me is that when I first started I was absolutely terrified the whole time, on so many levels – the shoot was absolutely terrifying because you think ‘oh my god, how many things can go wrong .’ Now I have none of that, so that’s why I properly enjoy it.

I think the thing is to try to keep your ego in check, and try to make it about the artist. That’s the one that will get them to come back. If you want to make a lot of videos and you want to keep working, you have to think in those terms and not make it like ‘I’m the director and everything’s about me’.

• Check out Luke Tierney's blog, Word Is Cheap, or his Twitter @wordischeap, for more thoughts on his favourite music videos.

The Weeknd heralds his new album Dawn FM with a spectacular and nightmarish promo from Matilda Finn.

Jasper Cable-Alexander leads us into the world of motorbikes and youth culture, in his raucous promo for Gretel Hänlyn.