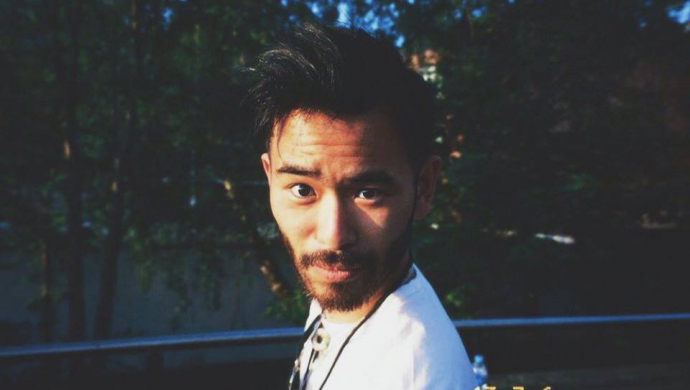 Sing J Lee has proved you don't have to be based in London to make it in the music video game in the UK. In the past two years he's emerged as one of the most talented new directors in the business, helming promos for some of the most exciting new British bands – from Chvrches to Gorgon City to Years & Years – all out of Chief Productions in Manchester.

So we caught up with Sing, to find out more - about his smooth progress as a music video director, and about an exciting new scene in music video production happening in the English North West...

Promo: You’ve become one of the UK’s more prolific video directors in the past couple of years. What’s your background, and how did you get your breakthrough as a director?

Sing: I’m a first generation British-born Chinese, originally from Manchester, but growing up in North Wales. The East x West culture clash really informed my younger years. Then I studied Illustration with Animation at Manchester School of Art, and that’s where I first got into moving image – mixing graphic design and animation techniques into live action. It was an exciting time to be allowed to focus on growing organically and mixing ideas from different mediums together.

I made several shorts that led me into shooting low budget music videos and content. When I graduated in 2012, I worked with some great Manchester acts, making several music videos for my friends PINS. They had caught the attention of Chvrches and in the summer of 2013, I went out to New York to shoot the video for The Mother We Share. That was a special one and kicked off an amazing year.

So what's the key to being a British music video director based in Manchester rather than London?

Manchester’s a great city. There’s something boiling away here at the moment. There are new artists and creatives constantly collaborating together in unity. That’s the Manchester DNA: working together, supporting each other, very much a new wave that leaves the old clichés behind. I think, so long as you have a great idea and solid production, a good video can be created anywhere. It also helps that London is only a short train journey down from here, so this hasn’t stopped me from keeping good contact with inspiring people down there.

I am looking to move down in the new year, but the North West has been a great home over the last few years.

You seem to be doing something which has become a bit rarer in videos in recent times – combining narratives with performance in a single video. Have you been consciously going for a ‘classic’ music video style?

It’s been something that’s been circumstantial. A lot of briefs I’ve had through have been to include artist performance. And working with new and breakthrough artists, I felt it was important to establish who they are and what they do upfront. There is something charming about good performance cutting into the narrative, but I’m really excited by several ideas I have around at the moment that moves away from this.

You’ve had a good collaboration with Chvrches, most recently with the video for Under The Tide. What’s been the key to that, and anything else planned on the horizon?

Yes, it’s been such a great collaboration. I love those guys. I think it really worked because we got on so well outside of everything, their music reminded so much of a sci-fi infused world, which I feel, is intrinsic to their sound. It became a really joyful working relationship and there was a good element of trust. Nothing on the horizon, I think they’re wrapping up an epic touring schedule and beginning to write their second album. Hopefully we’ll get to work together again in future.

There’s usually an element of visual experimentation in your videos – such as the 360 degree rig used at the climax of the Chvrches’ Lies video.  What’s the best bit of new kit you’ve used recently?

That 360º rig was so fun to play with, we could have spent a whole day with that alone. I love pushing the visuals in whatever way I can, so long as it aids the concept. As a creator and as a viewer, I find it incredibly exciting to be taken on a journey, where the visuals continue to progress with the concept until it takes you into realms that you couldn’t have anticipated from watching the start.

When I sit down and listen to a track, it becomes a very visceral, synesthetic experience. I look for techniques to match the movement, composition, colours and rhythm that form around the concept.

I haven’t really played with anything new recently, we did use an Octocopter on the video for Years & Years, with a nifty piece of kit like that, maybe there’s something in that to do something very unusual.

I think it may be the latest video for Years & Years. It was such a thrill, working with the boys was great too, Olly especially, live he’s a hypnotic performer and on camera, he’s really captivating. We wanted to create a bespoke world and we managed to build five sets in our studio at Chief. Then we spent two days running around shooting the story.

What else is coming up – and what would you really like to do in 2015?

As for 2015, I'm just looking forward to keep on keeping on. I'm really excited for next year. I'm also continuing on a documentary idea and working to bring a short film into production as well.

How do you see the future of music videos as a whole? Would you change anything about how the industry works if you could?

The future I think is super exciting. We'll always be looking for new ways to play with concepts. Imagery and ideas fall out of favour so fast, you have to constantly find new ways to manipulate stories or concepts, the language of music videos is always evolving. The likes of Hiro Murai, Megaforce (especially their latest one for Brodinksi) and Fleur & Manu have created some of my favourite videos this year.

If I could change anything, I guess it would be for the industry to be braver and trust in the creative, that's when some of the best work and collaborations are created.