Roisin Murphy's directing debut: "The pressure was on" 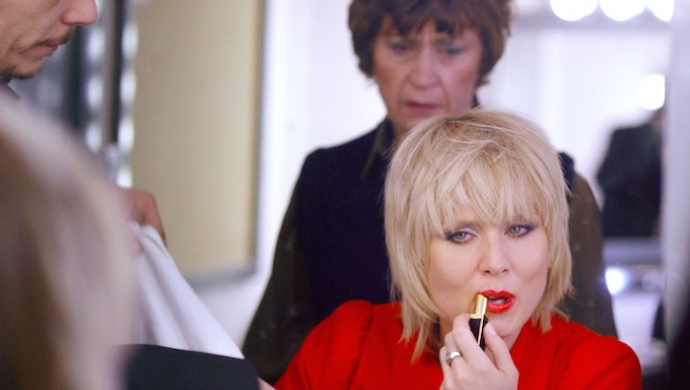 Roisin Murphy has made her directing debut with the music video for the first track from her first album in seven years - and it's a wholly distinctive piece of work. We asked Roisin to shed further light about how the video for Exploitation came into being - the inspiration, the concept, and the process...

PN: Could you tell us more about your decision to direct your own music video?

RM: I had some sleepless nights making the decision to direct my video. It's been seven years since the last Roisin Murphy film outing, so the pressure was on to create something that could satisfy my rather beleaguered fan base. The videos from my last album were undoubtedly strong and crucially expensive but in today's music industry those budgets are simply out of my reach. So I was in fact, not sure I should do videos at all. An old friend and film producer Phil Tidy convinced me we could do it, promising he could cover all eventualities apart from a lack of ideas and vision.

"It is reference heavy, particularly an ad where Faye Dunaway seductively peels and eats a boiled egg!"

Are there any cinematic or theatrical references or influences that you could shed any light on?

After such a long spell away from making visuals I had built up a store of references and inspiration. This video really springs from the photo shoot I did for the album sleeve in which I developed a strange sort of vintage aesthetic and a character to go with this new era. The character is a woman from my childhood memory – partly my own mother, partly film stars such as Faye Dunaway, Catherine Deneuve and Gina Rowlands. They were already mature in the 80's as I was growing up. I was looking for icons I could relate to, so I had to dig a little deeper because for me now at 41 there is no one in pop music I can truly feel a connection to.

There seems to be a lot here about performance and female identity. Is there a specific message you wanted to convey, or do you prefer to leave it open to interpretation?

Actresses have always provided me with inspiration and the video is the story of one caught up in a manipulative relationship and an exploitative world where creativity is always compromised by commercial concerns. The idea was of a perpetual play and a perpetual advert, high art vs. low commercial interests, it's meant to disorientate.

"I was looking for icons I could relate to, so I had to dig a little deeper. At 41 there is no one in pop music I can truly feel a connection to."

I watched a fair bit John Cassavetes too and took direct inspiration from Chanel No. 5 ads featuring Catherine Deneuve – though my perfume "assumptions" is a distinctly lower priced concoction. And so, after sleepless nights of indecision I must say I enjoyed making this video. I suppose exploiting myself shouldn't feel so good, but it does.

Joshua Stocker transforms a forest at night into a remarkable venue for a captivating dance performance, in his video for Olafur Arnalds' Zero.

Leonardo Cosme wins the Jury Award at the Shortcutz Music Video Challenge, with this gently tongue-in-cheek promo for Feng Suave.

New director Flora Scott teams up with rapper Malik Polo in her debut video for Change, …