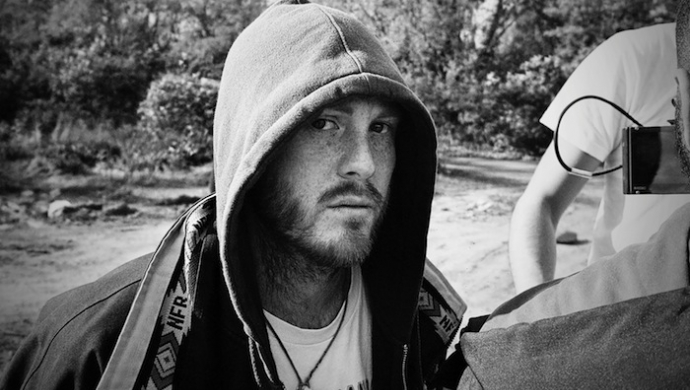 Since beginning his directing career in 2010, Sam Pilling has fast-tracked to being one of the UK's most accomplished video directors - who works on both sides of the Atlantic. He's made videos for numerous popular and musically inventive artists, including SBTRKT, J Cole, Usher, and Two Door Cinema Club, and directed several videos for Canadian superstar The Weeknd. Sam, 28, grew up in Reading, Berkshire and now lives in Shoreditch.

Favourite music video of the past 12 months? I don’t know what my favourite is but when this came out I really enjoyed it: Kaja Gunnufsen – Au by Kenneth Karlstad

Favourite video of all time? Again, very hard to choose a favourite but I have a lot of love for Massive Attack – Angel, Depeche Mode – Wrong And M.I.A – Born Free. (Maybe I have a soft spot for that last one cos I’m ginger!)

Favourite drink/drug: Pint of Guinness, espresso martini or paracetamol. Depends what night of the week it is.

Last movie you saw (and was it any good)? Boyhood was the last thing I saw in the cinema. I thought it was pretty amazing.

"The best moment has got to be working with Harold Perrineau on the J.Cole vid...He got really behind the idea and was excited to be part of the production. Whilst all I could think was 'I’m directing Mercutio!'"

Last gig you went to (and was it any good)? Phantogram – No! The gig was pretty average, but it was held in the middle of a cemetery, which was pretty cool.

What was the first music video you worked on - and what were you doing on that job? A music video for The Subways, directed by D.A.R.Y.L. I was a production runner.

Favourite job of the past 12 months: J. Cole – She Knows. Despite a lot of scheduling and casting issues it was just one of those projects where the stars (eventually) aligned and everything fell into place. J.Cole really believed in my vision and fought against putting performance in the video. He also pushed for professional actors. I got to work with a team of amazing and talented people: Pat Scola, Sarah Park, Ellie Johnson, James Tillett, the guys at Soundtree (and many more) and I had a few weeks in the LA sun to boot!

What’s the next Big Thing you’re working on? I have a few things in the pipeline that would be shooting in the US. But from my (limited) experience of the American industry, there’s no guarantee the job’s happening until I’m standing on set and the camera’s rolling. So we'll see…

What would most improve your life? The day they invent a hair-replacement operation that doesn’t leave you looking like Wayne Rooney! Ha. That and being given the opportunity to direct a feature film.

Best moment, or fondest memory, of your career thus far? The best moment has got to be working with Harold Perrineau on the J.Cole vid. He is such a talented actor and a warm, friendly person. He got really behind the idea and was excited to be part of the production. Whilst all I could think was “I’m directing Mercutio!”

Biggest frustration? Not having made any short films or commercials yet. I probably have myself to blame for both but I need to rectify the situation very soon!

Person you most admire? My dad

Having directed the superb official video for My Family, Femi Ladi has reunited with Pa Salieu and Backroad Gee to direct the live performance of the track for GRM Daily's Rated Awards 2021.

Lewis Cater's video for the Family, Emeli Sandé's first release for two years, sees the artist embracing a new look and performanc element to dovetail with what she has described as …

Having directed the superb official video for My Family, Femi Ladi has reunited with Pa Salieu and …