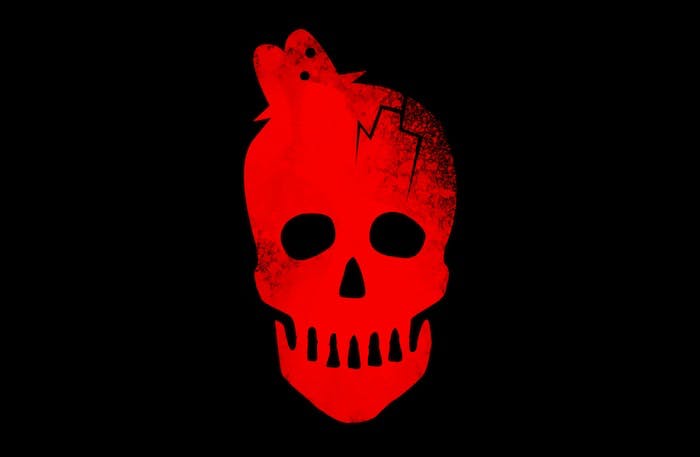 Russ Murphy was born in Doncaster and, with parents in the forces, enjoyed a nomadic upbringing in England and Germany - where he developed his love of hip-hop in record shops catering for American servicemen. As an early teenager he was tearing VW signs of cars and dreaming of making videos for the Beastie Boys and Public Enemy. And after some years working as an animator and motion artist at MTV, Nickelodeon and other TV stations, he started to honour the dreams of his 13 year old self.

It started with the video for the track 'BNG' by BLU x Flying Lotus, now this 42 year old Bristol-based husband and father is one of the most distinctive directors of hip-hop videos for Danny Brown, Run The Jewels and numerous others. All hail RUFFMERCY...

Favourite music video of the past 12 months? All of Hiro Murai's videos blew me away.. Childish Gambino's Sober (the bit where he dances in the bg and slides out of frame) & Telegraph Ave, Chet Faker's Gold' & the [Flying Lotus &] Kendrick one. Also both the new Dizzy Rascal ones, Pagans & Couple of stacks' made me smile.

Favourite video of all time? That's a hard one… I do love all Shynola's animated videos though. Maybe their Lambchop - Is A Woman video.

Favourite food/restaurant: Southeast Asian food does it for me. I spent some time over there and was in heaven

Favourite drink/drug: A flat white in the day - a glass of red wine at night

Last movie you saw (and was it any good)? Last night i spent the usual 15 mins trying to decide what to watch on Netflix before landing on something that I knew I wouldn't finish. 'Hummingbird' was the one.. i wanted something trashy.. it wasn't that trashy but it wasn't much good either. i never finished it. The night before i watched 'Obvious child' i did enjoy that though.

Last gig you went to (and was it any good)? RTJ [Run The Jewels] in London. I missed the first 20 minutes which sucked, but they were amazing

Currently reading/favourite book: Between work and looking after my kids I only seem to find the time to read on holidays now.. so currently reading nothing. I keep buying books and stockpiling them – I'm going to need a big holiday. In the pile right now is the James Ellroy new one, Huckleberry Finn, Cormac McCarthy's Blood Meridian. Last book I read was Point Blank… Favourite book is American Tabloid by James Ellroy

What was the first music video you worked on - and what were you doing on that job? It was for the band Queen Adreena 'Pretty like drugs', I was co directing as the duo Crooked with my friend Alex Williamson.

Favourite job of the past 12 months? Both RTJ videos

What’s the next Big Thing you’re working on? Um.. there's a few videos in the pipeline but not sure which ones will work out. I'm doing some sneaker designs & t-shirts for NIKE which I'm quite excited about

What would most improve your life?

Best moment, or fondest memory, of your career thus far? Working with RTJ and Danny Brown… but in general getting good feedback on my videos and being asked to do more is a nice feeling

Worst moment? Waiting around on set for four hours for make up and hair to shoot for 15 minutes sucks the life out of you.

Biggest frustration? The artists I want to make videos for have no money and the whole video commissioning process.

Person you most admire? My girlfriend and kids

What advice would you give to someone starting out in music video production? Get some friends together and make some unofficial videos, build your portfolio up then approach artists or their managers directly

Any hot tips on who will be the future stars in music video in the next couple of years – directors or otherwise? David M Helman