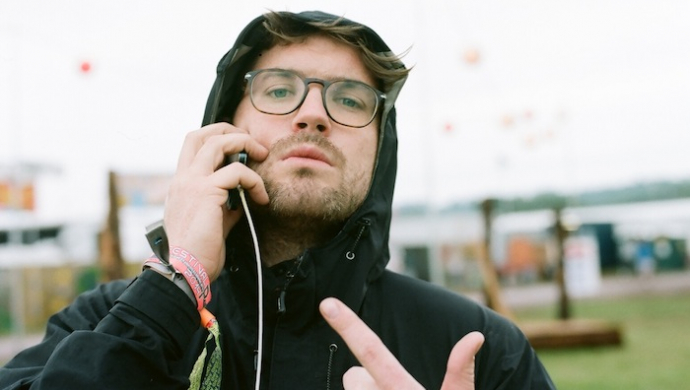 Patrick Meller has emerged as one of the best young DoPs working in British music videos in the past two years. Since his first job on the Emil Nava-directed video for Example's Perfect Replacement, he's shot over 60 videos include lots for Emil: Calvin Harris, Katy B, Jessie J, Ellie Ingram, Kwabs and many more. This year his credits include videos for Jon Hopkins (directed by Rob Chiu), Say Lou Lou (Jesse John Jenkins), Simple Minds (Giorgio Testi) and Twin Atlantic (Jamie Thraves). But he's no overnight success - this 31 year old from Dorset, now resident of Walthamstow in East London, has been in the industry since he was 19, and worked his way up through the camera department. Now Patrick's the latest respondent to the famous Promo News Questionnaire...

Favourite music video of the past 12 months? Paolo Nutini 'Iron Sky' directed by Daniel Wolfe. Robbie Ryan’s cinematography is amazing in this film.

Last movie you saw (and was it any good)? Gone Girl - I thought it was brilliant. It was very subtle storytelling for Fincher, which I liked. Great attention to detail, killer cinematography by Jeff Cronenweth and a mega performance by Rosamund Pike. I read the book and liked how true it was to the narrative.

Last gig you went to (and was it any good)? The Black Keys at Ally Pally. It was killer!

Currently reading/favourite book: The Blind Assassin by Margaret Atwood. My favourite book ever is Catch 22 by Joseph Heller – it blew my mind!

"Worst moment? Breaking the director’s leg on a Tinie Tempah video. I told him to 'keep his legs in!'"

What was the first music video you worked on - and what were you doing on that job? It was a Busted promo and I was a runner! My first video as a DoP was for Example 'Perfect Replacement' directed by Emil Nava.

Favourite job of the past 12 months: In August I shot with D.A.R.Y.L from Pulse in a Spice Market in Old Delhi. There must have been a million people there, the air burnt the back of my throat and it was 42 degrees… Every person we shot had the most incredible face and story to tell, I wouldn’t have missed it for the world. Totally extreme!

What’s the next Big Thing you’re working on? I’ve been shooting a 35mm film about the British number two Muay Thai fighter, and his challenge to become the UK and world number one. It’s been incredibly refreshing. I’ve had more time and freedom to concentrate on composition and where I put the camera due to the fact it’s just the director and myself.

What would most improve your life? More time to do the things I love. I imagine living by the sea would help as well…

Best moment, or fondest memory, of your career thus far? Getting an agent was a pretty big gig for me as I’d only been shooting for about six months. I’ve had some amazing times with amazing people all over the world. I hope these experiences keep on happening. Going away tends to inspire me creatively. And I shot a 35mm anamorphic promo for Elli Ingram in a church, it came out exactly how I wanted it to. I didn’t want to change anything - that rarely happens. It was a good day!

Worst moment? Breaking the director’s leg on a Tinie Tempah video. I told him to “keep his legs in!”

Biggest frustration? The fact that 35mm and 16mm is very hard to shoot on these days. It wasn’t four years ago! What’s changed? That I want to work in the States but it’s very tricky to get the 01 Visa. I’m mega-impatient.

What’s the big issue or issues facing music video makers right now? Budget is always the issue. I think you need enough to get what you want but not so much that you replace all the creativity and resourcefulness that you acquire on the smaller budget projects. The best videos I’ve shot have always been the smaller budgets.

Person you most admire? My Dad, If I could be half the man he is I’d be happy!

What advice would you give to someone starting out in music video production? Get out there and just start doing it. Shoot everything you can and never say no to anything. you’ll always learn something!
Overall be nice to people- No one wants to work with an asshole!

Any hot tips on who will be the future stars in music video in the next couple of years – directors or otherwise? Ivana Bobic is raw talent. I love working with her.

Ninian Doff: "After a shoot I'm shaking like I ran a marathon"