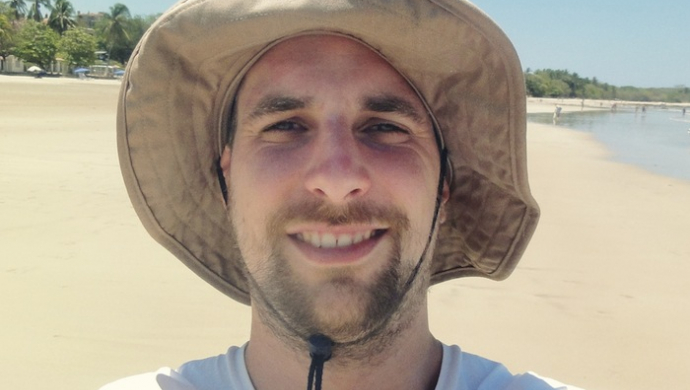 Nicolas Larrouquere is one of the best editors working out of Paris - or anywhere else. Our latest Promo Questionnaire respondent regularly works with leading French directors like Fleur & Manu, Alex Courtès, Emile Sornin and Jonas & François, and just in the past year or so his credits include two videos for Gesaffelstein (Pursuit and Hate Or Glory), Dislosure's Grab You, Jackson & His Computerband's Dead Living Things, and Jack White's Lazaretto. And he has been known to come to London to make some noise at the MVAs...

Favourite video of all time? There’re so much I like… I can’t tell.

What are your favourite publications and websites: Brain magazine, What Youth

Last movie you saw (and was it any good)? Nebraska – so good, and so funny!!

Favourite directors? There’s Fleur & Manu, Alex Courtès (it wouldn’t have been fair not to include them) but I also love the work of many others such as Hiro Murai, Kahlil Joseph, Martin de Thurah, Megaforce…

Last gig you went to (and was it any good)? Connan Mockasin at Le Trianon, Paris. Crazy as fuck!

Favourite bands/artists: I like every kind of music, but at the moment I’m looping Kendrick Lamar’s latest album, Good Kid, Maad City. So good!!!

Currently reading/favourite book: I don’t read so much. Never did.

Previous occupations: Working as a waiter in an holiday camp in Weston Super Mare! It was fun.

What was the first music video you worked on - and what were you doing on that job? I think it was for a French hip hop artist called Rohff, and I probably did all the assistant-editor work like digitalisation, synchronisation, etc

"Best moment? Every year when I come with all my friends to London for the UKMVA. Such a good moment with everybody."

Favourite job of the past 12 months? Gesaffelstein 'Hate Or Glory', and Willy Moon 'Yeah Yeah Yeah'

What’s the next Big Thing you’re working on? The new Kasabian promo with my friend Alex Courtès!

What would most improve your life? Doing the same with the same but living by the ocean.

Best moment, or fondest memory, of your career thus far? Every year when I come, with all my friends from Division, to London for the UKMVA. Such a good moment with everybody. (By the way I think I was part of the raucously loud French people from last year ceremony!!)

Worst moment? Every time I can’t finish a job. I hate that!

Biggest frustration? I can’t skateboard anymore because of my knee.

Person you most admire? My father.

Your favourite (or most overused) phrase? “Ouf”, which is an old slang French expression meaning crazy in backward. My girlfriend hates it.

What advice would you give to someone starting out in music video production? Go for it! You can’t imagine the amount of interesting people you will meet in this world, it’s crazy! And on top of it, most of these people will make you grow and move to different genre, such as commercials, documentary or even cinema if you’re lucky. Live your own dream. Mine was to be an editor.