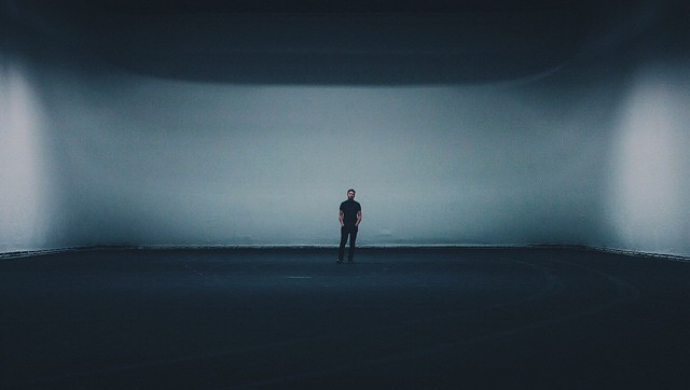 Hailing from Weymouth, Nathan Killham hooked up with Alex Harman and Jack Goodwin at his local college to shoot music videos for mates' bands and other video production projects. From these humble beginnings has emerged one of the most vibrant ventures making an impact in British music videos - Kode Media. Officially formed in 2012 by Killham, Harman, Goodwin, Matt Fleming and Elliot Williams, Kode has produced lots of music videos, expanded into commercials and recently opened an office in New York. Nathan, 26, now heads up the music video production at Kode's Shoreditch offices. We caught up with him, and gave him a light grilling...

Education: I studied TV and Video Production at Weymouth College. It was a great environment to be around. Our lecturers were the most supportive and friendliest mentors I’ve ever known. Following that I studied Digital Film Production at Ravensbourne.

Previous occupations: Fresh food shelf stacker at Morrisons (I stacked the cheese good), sweet enthusiast at Cyber Candy, and a popcorn popper at my local cinema. Everything was fairly food-oriented.

Favourite music video of the past 12 months? Can I say Taylor Swift because of my intense crush? But no, DJ Snake ft Lil’ Jon – ‘Turn Down For What’ was a highlight.

Favourite video of all time? I’d say it’s got to be Jamiroquai's Virtual Insanity. I remember my dad showing it to me when I was a kid and it was the first time I was really fascinated by what you could do with a music video. Deeper Underground also blew my mind!

Favourite publications/websites: Promo News and Facebook will usually get me through the day.

Favourite drink/drug: I’ve got a newfound love of IPA Lagers. Failing that I’ll have an old fashioned please.

Last movie you saw (and was it any good)? I watched Whiplash the other day, which really had me gripped. The acting was on point! I’ve been awful with watching films lately though. I need a day of nothingness ahead of me to get lost in the latest.

Last gig you went to (and was it any good)? I stepped into the time machine and went to the Yellowcard / Less Than Jake Koko show a few days back. Every hit was played and everybody was just there to get a bit silly and have a good time. It was great!

Favourite bands/artists: Although I’m 26 now, I’m still 16 at heart. Blink 182 will always be my number one as I spent the largest part of my life so far with their music. But I’m up for listening to anything new that’s thrown at me. I really want Sohn to release another album soon.

Currently reading/favourite book: Well, the Alex Ferguson autobiography is the only book I own sadly, and that’s been sat there for a while...

What was the first music video you worked on - and what were you doing on that job? The first big video I worked on was the start of our relationship with Enter Shikari on Sssnakepit. I was on camera and edit duties. That was one of the sweatiest jobs but still holds one of my favourite shots we’ve ever done – and that was from a wheelchair being pulled back through a packed crowd of fans.

Favourite job of the past 12 months: I went to Miami back in June last year for a week with Daniel Broadley and Lower Than Atlantis to shoot a music video along the beaches and theme parks – mostly with a rotten hangover. It was one of those stop and think ‘this is my job’ moments, it was awesome.

What’s the next Big Thing you’re working on? Our New York team are just finishing up on one of our biggest promos to date, the new Ty Dolla $ign ft Charli XCX video should be released pretty soon. That chorus is going to hurt your brain.

What would most improve your life? Hoverboards. It’s 2015 now so surely it’s just around the corner...?

Best moment, or fondest memory, of your career thus far? I went to New York at the end of December with the other Kode guys. We spent a week out there and it was the first time we had a holiday together, have some actual time off and visit the newly established New York offices which was pretty rewarding. Kode is built on really close friendships so to spend those moments together like that is really special. Plus I got to witness one of my best mates propose to his lady in Central Park, sly dog.

Worst moment? There’s a shoot back in 2013 that we no longer speak about. Everything that could’ve went wrong, went wrong…. Really wrong. Including my laptop getting run over and being stranded in the middle of a field.

What’s the big issue or issues facing music video makers right now? I find the market is really diluted with so many competitors pitching on music videos. Tools have became really accessible now so you’ve really got to think outside the box to get your ideas noticed and showcase your personality as much as possible. That and the huge lack of time you have to turn something around in.

Person you most admire? That’s got to be my Mum; she’s been battling MS for the past 12 years and still works full time. She never complains and she’s always there for me when I need to moan about something that doesn’t compare, I couldn’t think of anybody else more inspirational.

What advice would you give to someone starting out in music video production? Work as hard as you can and believe in yourself. There will be a lot of people along the way that tell you are wasting your time and trust me there’s no better feeling than proving them wrong.

Use that as your fuel to push you along. Let nothing stop you. Collaborate with other creatives around you, meet people and pester production companies to get yourself on set, that’s where you really learn.

Any hot tips on who will be the future stars in music video in the next couple of years – directors or otherwise? The awesome boys and girls over at www.kodemedia.com