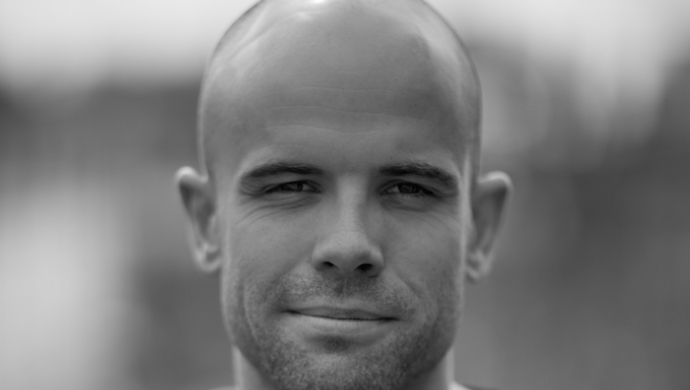 Jon Leese-Pomfret, who recently joined Four Walls to head up the company's new Baselight colour grading suite, has been one of London's busiest colourists working in music video this year, grading promos for a variety of artists including Sigma, Tough Love, Gaz Coombes, and recent videos for Seafret, Kwabs and Fuse ODG - and a bunch of commercials besides. We thought we'd get to know Jon a little better by having him answer our infamous Questionnaire...

Education: GCSEs, college and then a degree in Digital Media Development at Brighton Uni.

Favourite publications/websites: I seem to spend half the day on Twitter without even tweeting anything. Also, Pigeons & Planes, Little White Lies, It’s Nice That, UFC.com, and of course, Promo News.

Last movie you saw (and was it any good)? Slow West by John Maclean - unusual Western, beautifully shot too, but not one I’ll probably remember to be honest.

Last gig you went to (and was it any good)? Went to a concert at Southwark Cathedral - an amazing space to hear music.

Favourite bands/artists: What, ever? I guess Radiohead, Portishead, The Smiths, Massive Attack.

What would most improve your life? A cleaner.

What was the first music video you worked on - and what were you doing on that job? Assisted on various promos back in the day. The one I remember though is Ryan Hope’s White Light for George Michael. The one with the zebra.

Favourite job of the past 12 months? There’s no one particular job. Every day is different and I love the variation the role brings.

What’s the next Big Thing you’re working on? We’ve hit the ground running here at Four Walls and there’s a number of exciting projects on the horizon.

Best moment, or fondest memory, of your career thus far? Setting up the slick new suite at Four Walls.

Worst moment? As an assistant once deleting a day’s worth of work by one of the senior colourists.

Person you most admire? Can’t think of one person in particular. However, I did see a documentary recently about the Burmese Railway and one of the prisoners of war who built it is still working as an expert in Immunology at the age of 103. Pretty inspiring stuff!

What advice would you give to someone starting out in music video production? Learn as much as you can. And don’t drink too much at work parties.

Any hot tips on who will be the future stars in music video in the next couple of years – directors or otherwise? Lucky to have worked with some really talented directors recently including Laurie Lynch, Greg Davenport, Craig Moore and Anthony Byrne.