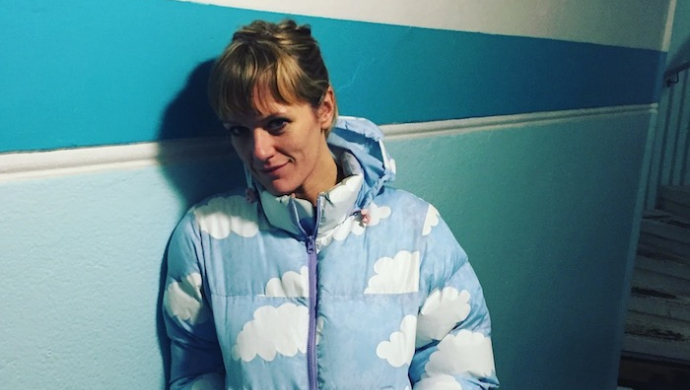 Jane Third's role as senior vice president, responsible for A&R and creative at Because Music, includes commissioning videos for the likes of Metronomy, Nicolas Godin, Django Django and Denai Moore - and she was nominated for best commissioner for the first time at this year's UKMVAs. Jane, 35, grew up in the Scottish Highlands and the Outer Hebrides, then spent her teenage years in Sydney. She joined Because shortly after it launched ten years ago - having previously started her own independent label. Now she lives in Walthamstow in London.

Education: BA Hons in Cultural Studies from The London College of Printing

Favourite music video of the past 12 months? Helmi’s Bugatti video is the one I’ve watched from start to finish the most, besides The Sacred Egg’s Nicholas Godin ‘Widerstehe Doch Der Sunde’

Favourite video of all time? I just learned that Leigh Bowery art directed Massive Attack ‘Unfinished Sympathy’, so I’ll go for that

Favourite publications/websites: The best ones are the dead ones; The Face and Jockeyslut. I have a subscription to World of Interiors, escapist fantasy

Favourite food/restaurant: Anything sweet, anything Asian

Favourite drink/drug: No drink or drugs these days thanks

Last movie you saw (and was it any good)? Slow West directed by John Maclean, it was fantastic. John is the older brother of Dave Maclean from Django Django and they wrote the soundtrack.

Last gig you went to (and was it any good)? Django Django’s Glasgow homecoming! Yes it was

Currently reading/favourite book: Currently reading Pale Fire by Nabokov, it’s a murder mystery; half the book is a poem and the other half is the academic critique of the poem, a murder mystery is contained within. Lolita (by Nabokov) could be my favourite. It’s a modern day Dracula; the erudite monster. Incredible concept insanely well exected. I also love Murakami’s economical use of language and the world he creates that people can’t bear to leave.

How did you get a start in the business? I worked as an A&R scout, then I was a club promoter and started my own label. The label got attention and through that I met Emmanuel Deburetel who owns Because Music. We met when Because had just begun, I brought what I had been doing with my own label (Alt Delete) over and started signing acts to Because. In the early days I did A&R, video commissioning, sales and marketing. As the label expanded we hired more people and I was able to hand over the marketing and sales and focus on the creative solely.

Because is 10 years old this year, I’ve been looking after music video that entire time but it’s only during the past two years that I feel I have truly got a handle on commissioning, which is a large part of my job.

What was the first music video you worked on - and what were you doing on that job? The first was Metronomy ‘Radio Ladio’, the first signing to Because Music Ltd and the first single release. It was directed by Daniel Brereton, who we have collaborated with lots over the years. It still stands up today! I guess you could say I was commissioner but really I was just ‘the label’.

Above: Jane with Tommy from Django Django on motion capture shoot for the video for Reflections

What equipment do you rely on most to do your job? Printer?

Favourite job (or jobs) of the past 12 months? I really enjoyed the day we shot the B-movie style video for Django Django ‘Shake and Tremble’ directed by Pete Dee. Watching Vinny keep a perfectly straight face while singing to an animatronic bug was beautiful.

What was the most challenging job you’ve worked on? The challenge for me is always to keep the artist happy and motivated and not to pass out on set at the end of a 12 hour shoot.

What’s the Next Big Thing you’re working on? I’m preparing all my projects for early next year, exciting new artists like Klyne, Mind Enterprises and Mmoths

What would most improve your life? Gender equality

Best moment, or fondest memory, of your career thus far? Being nominated in the Best Commissioner category at the UKMVAs! So completely touched to be nominated, I’m not even a real commissioner!

Worst moment? Suggesting a friend to direct a video and it not working out – lesson learned, never cross the streams.

Biggest frustration? The fact that certain parts of the business are still very male-dominated, and that I’m still fighting against the objectification of women daily.

What’s the big issue or issues facing music video makers right now? The need to make memorable work that grabs you in the first few seconds and has the potential to be viral. Positive gender and racial representation – we have a duty as the creators of culture to reflect the whole of society and not to propagate white patriatchy.

Person you most admire? Rosa Parks, Emmeline Pankhurst, all the women who made our freedom possible.

What advice would you give to someone starting out in music video production? Follow the music, make great art for great music and the rest will fall into place.

Any hot tips on who will be the future stars in music video in the next couple of years – directors or otherwise? Not new perhaps but Simon Cahn, Ninian Doff and Ian Pons Jewel excite me with their transgressive visions!

Promo News' Most Viewed Videos of 2015

An ominous presence tracks a number of individuals on the streets and fields of East London, in …

Jackson Ducasse creates a parodic pseudo-documentary take on the rockumentary genre, set to the …