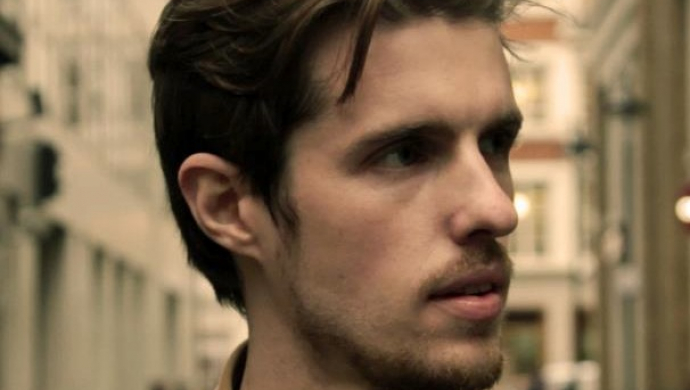 Our new interview series gets started by quizzing James Willis, one of the UK's bright young directors and co-founder of Bullion, one of London's buzziest young production outfits. Since co-directing videos for Jamie N Commons and others, he's now directing solo, most recently completing standout videos for Cash/David. James, 27, is from Grimsby, and now lives in East London.

Education: I studied Photography at Franklin Sixth Form College in Grimsby and then graduated from Leeds Met with BA Hons in Graphic Design.

Previous occupations: I used to be a runner at Partizan back in the day, and before that I worked in a frozen food factory.

Favourite music video of the past 12 months? Arcade Fire's After Life by Spike Jonze

Favourite publications/websites: I love what the boys are doing over at The Green Soccer Journal, bring design, fashion and football together in one beautifully formatted publication. My favourite website at the moment is http://www.yatzer.com/.

Favourite food/restaurant: My favourite food at the moment has to be Capish’s Italian American Street Food; I think they still have a residency at the Duke of Edinburgh in Dalston.

Favourite drink/drug: It’s got to be whiskey sodas all the way, and paracetamol for the headache in the morning.

Last movie you saw (and was it any good)? The last film I saw was Lukas Moodysson’s We Are The Best, and yes it was good.

Last gig you went to (and was it any good)? John Cooper Clarke at the Shepards Bush Empire, it was amazing.

Favourite bands/artists: I can’t stop listening to the new War on Drugs’ album.

What was the first music video you worked on - and what were you doing on that job? I was a runner on a Wombats video, I had to take Les Dennis for a carvery in Snaresbrook. He was wearing a Christmas jumper and chatting about how much he hated Noel Edmunds.

Favourite job of the past 12 months: Shooting Cash + David’s new video for Pulse was pretty rad.

What’s the next Big Thing you’re working on? I’m going to India and Russia to shoot a commercial, which is pretty exciting.

"I had to take Les Dennis for a carvery in Snaresbrook. He was wearing a Christmas jumper and chatting about how much he hated Noel Edmunds."

What would most improve your life? A PA who doubled up as a kick-ass researcher and treatment designer.

Best moment, or fondest memory, of your career thus far? The best moment of my career so for has to be forming Bullion Productions. I feel we have a really good thing going over here and have some exciting directors creating some exciting work.

Person you most admire? Dan Wolfe. I used to assist him back in Partizan days, and its great to finally see him making his feature debut after smashing it in music video and commercials for so long.

What advice would you give to someone starting out in music video production? Always say yes to everything until you don’t have to anymore.

Any hot tips for future stars in music video, directors or otherwise? Be persistent, hungry and believe in your ideas. Never take no for a first answer and always return your favours.

George Moore brings the retro vibes in his animated promo for David Guez.