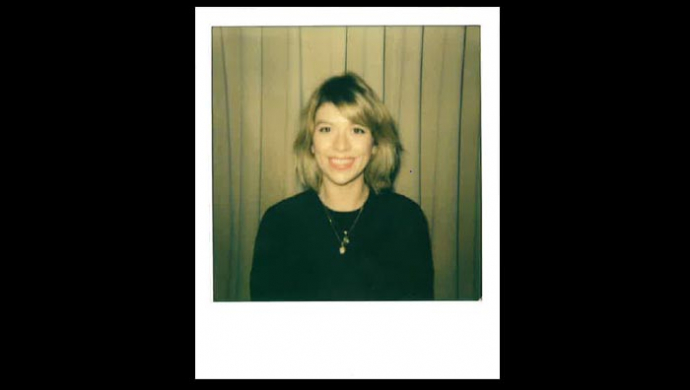 In her four years at Sony Music, Elizabeth Doonan has become one of London's top music video commissioners. Just in the past year her prolific output includes videos for Foxes, George Ezra, Billie Marten, Izzy Bizu, NAO and MØ. She grew up in Dundalk, in co. Louth, Ireland (a border town fondly nicknamed El Paso) before heading for the big city. She's 28 and now lives in Aldgate East.

Previous occupations: Piercer of babies ears in Claire’s Accessories; in-house editor at Publicis; runner and researcher at RSA Films; brief stint as Ridley Scott’s PA at Scott Free; production assistant at Somesuch; assistant to Jonathan Glazer on Under The Skin.

Favourite music video of the past 12 months? David Wilson's video for Royal Blood's Out of the Black is amazing, love Dawn Shadforth’s latest videos for Hurts, I love the feeling captured by AG Rojas in the Skrillex x Aluna George video, A.T.Mann’s video for Petite Meller’s ‘Babylove’ makes me smile, Ninian Doff’s Chemical Brothers video is out of control. Also, Karim Hu Do’s video for The Shoes is incredible.

Favourite video of all time? That’s terribly difficult to answer, so many are amazing for different reasons. I’m not a Madonna fan but I love ‘Like A Prayer’ and ‘Frozen’. Bjork ‘Triumph of a Heart’ is up there. I’ve always loved Boards of Canada ‘Davyan Cowboy’, Kate Bush ‘This Woman’s Work’, The Knife ‘Pass This On’ and more recently, Gesstafelstein ‘Pursuit’.

Favourite drink/drug: Oh, whatever I can get my hands on.

Last movie you saw (and was it any good)? 'How I Live Now' by Kevin McDonald, it's about a young girl who comes to Europe just as it descends into WW3. It’s a pretty harrowing watch considering the current situation.

Last gig you went to (and was it any good)? Jackmaster at The Hydra but that was less of a gig and more of dance in the dark.

My favourite gig recently was definitely Jeff Mills with the BBC Symphony Orchestra in the Barbican, it was mindblowing.

Currently reading/favourite book: It’s not a book but I'm currently obsessed with the podcast ‘You Must Remember This’. Lots of tragic golden era Hollywood tales. On saying that, just before I got sucked in I read 'The Kid Stays in the Picture'. An autobiography by producer Robert Evans, which is incredible and there is a definite crossover. Favourite ever might be Truman Capote ‘Other Rooms Other Voicers’ or Patti Smith 'Just Kids'.

How did you get a start in the business? A producer I had worked with in Ireland helped set me up with some work experience in Academy and RSA when I first moved to London and it kind of all went from there. It was while I was working with Somesuch that they recommended me to Sony as a Junior Commissioner.

What equipment do you rely on most to do your job? Phone, computer, straightjacket.

Favourite job (or jobs) of the past 12 months? I loved working on the video for MØ ‘Kamikaze’ with Truman and Cooper. Loved working with Ian Pons Jewell on Nao ‘Bad Blood’. Always enjoy shooting with the wonderful Georgia Hudson.  Also, shooting Kodaline's ‘Love Will Set You Free’, with Courtney Cox in her house in Malibu was pretty hilarious, we saw whales from her back garden…

What was the most challenging job you’ve worked on? There have been a few. I don’t dwell. I think you learn to forget how hard things were once the video is delivered, right? Otherwise we’d all probably stop.

What’s the Next Big Thing you’re working on? Next year promises to be the year of amazing ladies for me, really excited to be working with Nao, MØ and Izzy Bizu.

Also, I’m hoping to get stuck into a personal project in the New Year.

What would most improve your life? A traversable wormhole, if they do in fact work. Otherwise, London being closer to the sea would be great.

Best moment, or fondest memory, of your career thus far? I get bloody excited seeing a great idea come to life and I feel really lucky to get to travel with my job but I think watching Ian McKellen on the set of George Ezra’s ‘Listen to the Man’ is a particularly fond memory.

Worst moment? I reckon the worst moments birth important lessons to be learned. A particularly bad experience with a one-shot [video] has meant I’m a big advocate of preparing for hidden cuts.

Biggest frustration? Of course the lack of time, money and risk taking but it’s easy to get caught up in complaining about all of that. These are the things I constantly push against in the hope that the situation is a little better by the time we start talking to directors and producers. It’s heartbreaking when you get a great idea and the budget won’t work. Also, sometimes it can be frustrating when it feels like directors only want to work on acts that are already cool. There's merit in being the one to make it cool.

What’s the big issue or issues facing music video makers right now? Lack of originality, from every aspect of the industry can mean it all gets a little samey.

It’s not always that people are afraid to take risks, although that is often the case, sometimes there aren’t risks to be taken and that’s worse.

Person you most admire? I would say anyone who’s willing to stick their neck out for a great idea.

What advice would you give to someone starting out in music video production? Say yes to every opportunity, don’t moan, keep smiling and don't let a bad experience deter you.

Any hot tips on who will be the future stars in music video in the next couple of years – directors or otherwise? That’d be telling.