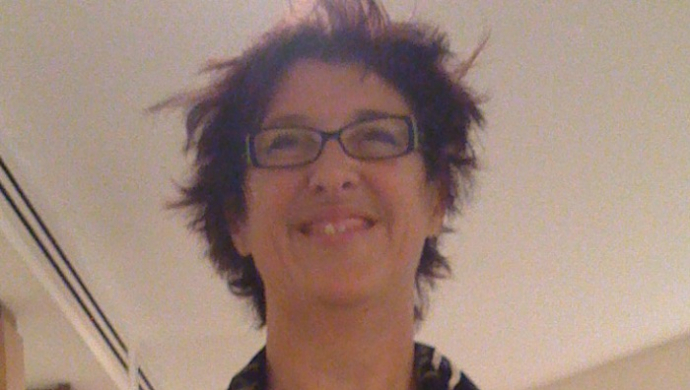 Caroline Bottomley is the founder, MD and guiding force of Radar Music Videos, which started out as a festival for 'outsider' directors a decade ago, and has become an integral part of the British music video landscape, connecting the independent music industry to up-and-coming creative talent through its groundbreaking video commissioning service. Now Caroline has launched a 'stills' version of Radar – and she still found time in her busy schedule for a quick Q&A...

Favourite music video of the past 12 months? Lil John & DJ Snake's Turn Down For What (by DANIELS) sticks in my mind as the most surprising.

Favourite food/restaurant: The Mangal, and Turkish/Lebanese food in general in summer. Comfort food in winter.

Favourite drink/drug: Nowadays, it’s lager lager lager. I’m a bit worried I’ll die if I do drugs now that I’m older. But I firmly intend to go back to doing magic mushrooms in the Peak District when I’m properly old.

Last movie you saw (and was it any good)? At the cinema; Godzilla, and it was better (slightly more complex and slightly more funny) than I thought it would be. On TV: Tremors. Also better than I thought it would be, it’s a well-made film. Film-watching tends to cater for the taste of 11 yr olds at the moment. But I like that kind of stuff anyway.

Last gig you went to (and was it any good)? Caught a bit of Slaves at Latitude, notably arresting.

"It’s interesting building Radar with the involvement of directors, labels, managers, artists - it takes us in directions I’m not expecting sometimes"

Currently reading/favourite book: Just finished The Lie by Helen Dunmore. It’s broadly about a WW1 solder and PTSD, very evocative, sad and brilliantly written. It’s a book club book, I don’t usually read sad books. I like absurd stuff, like David Aaronovitch, Jasper Fforde. Books about London. But the more time I spend on computers the harder I find it to read. I think screens are killing my reading brain cells. And an early and long-lasting love is the Love & Rockets series by the wonderful Los Bros Hernandez (brilliant choice! - ed).

What was the first music video you worked on - and what were you doing on that job? I have never worked on a music video.

What’s the next Big Thing you’re working on? There’s a load of features that have started rolling out on Radar (like the new Headhunted Director feature) which are all pretty exciting. I know we’re on a good path with Radar, but there’s still a way to go where we’re heading. It’s interesting building Radar with the involvement of directors, labels, managers, artists - it takes us in directions I’m not expecting sometimes.

I’m also building the Doodar business, which means talking with a different layer and level of music business client which is interesting. At some point I’d like to build a house - one of those German flat pack wooden ones that you can part-design yourself.

What would most improve your life? A greater interest in being healthy and/or drinking less would probably most improve my life.

Best moment, or fondest memory, of your career thus far? Loads of high points around The Leadmill, around hanging out with artists after gigs and around some of the great people who worked there too. Lots of professional satisfaction from The Leadmill too; All the moments with Radar when I’ve been thinking how to develop it and had ‘that feeling’ in inside. Travelling to do business always gives me buzz. Working with many seriously nice music people. The music business is so full of lovely people.

Worst moment? About three times I’ve run into a wall with Radar and not been able to see where to go with it. Massive downers. The remedy was time off and a couple of days of cheese & pickle sandwiches and playing scrabble on the computer.

Biggest frustration? The fairly constant feeling of not enough time to fit in work, family, friends, other projects.

Person you most admire? Kevin Bacon (husband, not that one), he’s good on realism; Frances Berrigan, ex-boss at Cicada Films, so full of life and energy; my sister Sal, really kind; The Gentle Author, great at keeping his promise (one blog post a day for 10,000 days); my Dad, good principles.

What advice would you give to someone starting out in music video production? Make as many videos as you can. Think about who to work with (eg. mates in band going nowhere, or band you love but you don’t know them? the second option is probably best). Work out how to get along with people and make successes. Be brave. Don’t be a twat (hat tip to Jen Long for that one).

Any hot tips on who will be the future stars in music video in the next couple of years – directors or otherwise? Oh blimey. There’s so much talent bubbling through. It looks like the need for great music videos is going to run and run. I don’t think we’re there yet in developing the overall shape of video consumption, but as platforms and delivery mechanisms develop, so the appetite for great content is growing. It’s not dumbing down. So I think music video is a place for a thousand flowers to bloom.