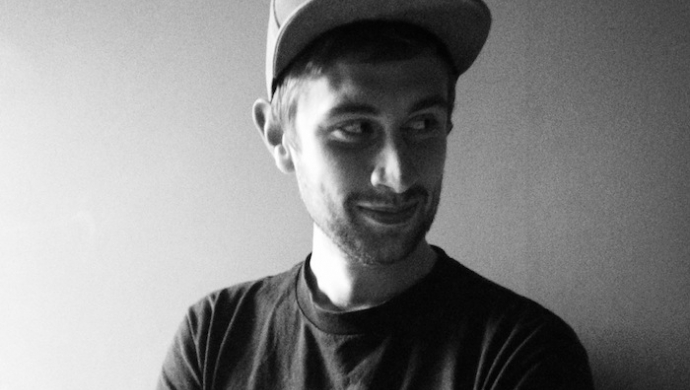 Our latest Questionnaire victim is Cal Gordon, co-founder of Burning Reel (with Joe Elliott and Mike Tyler) and now the main producer at the company making big strides in UK music videos. Cal, 26, comes from Marlow, Bucks, and now lives in the glorious surroundings of Holloway Road in London.

Education: I finished school and ended up in Wales at film school. Didn’t exactly get the best grades at school so I’m pretty sure my mum’s just happy I’m not on the dole.

Previous occupations: Butchers assistant (basically just cleaned dried blood off a meat locker for six hours on a Saturday); worked in a toolshop (ask me anything about how the hammer action on a drill works); trolley boy, Cineworld cleaning screens, Nandos, Blockbuster, the Harvester……basically I’ve worked a lot of shit jobs before this one.

Favourite music video of the past 12 months? BISON's video for London Grammar video for Wasting My Young Years. That video is ridiculous!

Favourite video of all time? Coldplay's Strawberry Swing by Shynola. Just an obscene amount of talent in that video. Fair play to Chris Martin as well. I can’t imagine it would have been fun shoot “right Chris you’re going to need to lie still for hours.”

Favourite publications/websites: Bit odd one but Metsblog.com. I’m a massive baseball fan and I end up going on the site about five times a day to get updates on my incredibly shit team.

Favourite food/restaurant: BBQ…hands down the best meal, where else can you get away with having a plate of meat with one lettuce leaf. So favourite restaurant is probably Porkys/Bodeans.

Favourite drink/drug: Meth. Or vodka-irn bru (pretty much the same thing), sounds nasty but is surprisingly good. I’m half Scottish which hopefully explains this.

"I ended up producing...basically by default, but I quite liked it. It was the call sheets that really sold it to me."

Last movie you saw (and was it any good)? White House Down is so shit it’s gone full circle and is fucking hilarious!

Last gig you went to (and was it any good)? Field Day. They seriously upped their game from last year!

Favourite bands/artists: I find myself cycling through Alt-J and London Grammar’s albums at work a fair bit.

Currently reading/favourite book: Not a massive literary head. Although books about spies in the war –suddenly I’m all ears….

What was the first music video you worked on - and what were you doing on that job? My first job was on a promo we did for Danny Byrd ft Netsky ‘Tonight’, directed by Joe Eliott. I ended up producing straight away. It was basically by default, but I quite liked it. It was the call sheets that really sold it to me.

Favourite job of the past 12 months? I got to go to Brazil for a Strongbow ad. Spending three days on Copacabana beach was pretty awesome!

What’s the next Big Thing you’re working on? We’ve just wrapped on a two part short film that’s being used on two music videos directed by Joe Elliott. Should be a good one to look out for (the first part is here - ed).

What would most improve your life? Music video budgets going back up to the silly late 90’s level, ha ha

Best moment, or fondest memory, of your career thus far? The first time I was talking to someone I’d just met and they had seen something we’d done. That or the Lily Allen ‘Hard out Here’ video press coverage. (My mum actually phoned me and said “Hi Cal, I’ve just been reading the Guardian who’s saying the video’s racist….It’s not is it?” ha ha)

Worst moment? Having a dodgy location owner shouting in my face demanding £1k off me in cash or he was going to get his big lackey to throw out the crew, who’d just started rolling.

Biggest frustration? Not having enough prep time with my directors before we shoot.

Your favourite (or most overused) phrase? “It’ll be fine” or some variation of “hmmm”

What advice would you give to someone starting out in music video production? If you want to do something, just start doing it. Believe you can get it done and work your arse off to get it the best you can. That sounded like I was paraphrasing Heather Small’s ‘What Have You Done Today’.

Always good to check out the smaller independent labels. You can always find good cool artists and getting the commissions is a lot easier. The money isn’t great, but it’s a good way to prove yourself.

Any hot tips for future stars in music video, directors or otherwise? Really love Charles de Meyer, got to work with him on a recent project and he's such a talented dude! Also DOP's Jon Iles and Stephen Price they're seriously talented mutha's and such nice guys to work with.That and all the burning reel directors continuing to work towards golbal domination and expansion of the evil empire.