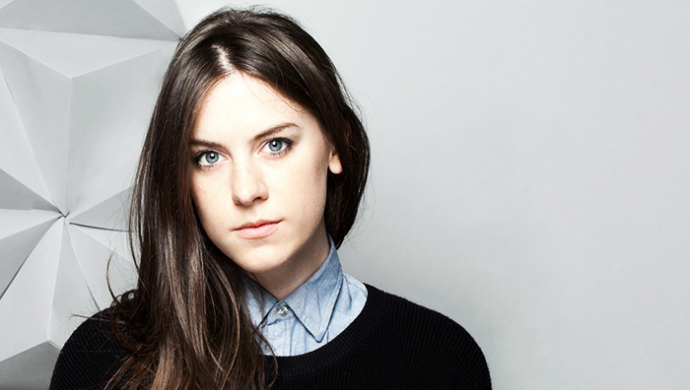 Abbie Stephens is an innovative music video director from Kent that has recently been making some delightfully imaginative promos such as George the Poet '12, 1,2' and All We Are 'Keep Me Alive'. Based in Clapton and freshly signed to Colonel Blimp, her career has really started to take off. We recently caught up with Stephens to ask her some questions...

Favourite music video of the past 12 months? Joywave, 'Somebody New,' anything by Keith Schofield is gold. Skrillex, 'Doompy-Poomp,' brilliant casting. Hozier, 'Take Me To Church,' the David La Chapelle one. I’m a sucker for amazing dance. The toe drags are insane.

Favourite video of all time? The Avalanches 'Frontier Psychiatrist,' so simple and great! Chemical Brothers 'Let Forever Be'.

Favourite food/restaurant: The Hunter. S, the beef wellington is amazing, TripKitchen, the duck leg. Bistrotheque, for a really special occasion.

Favourite drink/drug: Prosecco. Also I have a very unhealthy addiction to swing dancing. I went to one lesson in the summer of 2013 and got the bug. For the most part of 2014 I was dancing 5-6 evenings a week and competed in the London Swing Festival. This year I joined a swing dance performance troupe. It’s such an amazing energy full of such inspiring people. Dancing is the ultimate drug. I love the idea that when I’m 70+ i’ll still be swinging away. Happiness is the key to creativity.

Last movie you saw (and was it any good)? Fargo, I just watched it or like the 10th time. I love that movie so much! The characters and storyline are exquisite. The scene at the end in the car with with Marge Gunderson and Gaear Grimsrud is movie magic. Frances McDormand, what a hero!

Last gig you went to (and was it any good)? Warpaint at the Hammersmith Apollo. They were amazing! I saw them live for the 1st time in Primavera 2011, brought back a lot of great memories.

Currently reading/favourite book: I have to admit I am terrible at dedicating time to reading. I spend more time daydreaming than most other things. This needs to change, however I do use Ken Robinson’s book The Element as a bible.

What was the first music video you worked on - and what were you doing on that job? I was assisting oneinthree when I was at uni. I worked on their video for Wild Beasts 'Brave Bulging Buoyant Clairvoyants'. It was an amazing experience as I was involved at every step of the way. I was researching for them and finding reference images when the were pitching. I was a runner and playback op on the shoot. And then I was helping them out with the post and number crunching on the render farm. It was a fun video to be involved in and was a really great introduction into the world of music video.

Favourite job of the past 12 months: I can’t decide between George the Poet and All We Are. The energy the extras brought to set on George the Poet was amazing. They all bonded and had a lot of fun. That was great to see and be a part of. The All We Are job shoot day itself was actually pretty tough, with the bad weather and trying to get so much out of the great location and racing against the daylight hours. I think it’s a testament to such a wonderful crew that I still think very fondly of this shoot. We had such a hard working team, it was a joy to work with them.

What’s the next Big Thing you’re working on? Since signing to Colonel Blimp we have been pitching on some exciting music video scripts, and developing a few ideas I have had for more commercial jobs.

What would most improve your life? Some sun.

Best moment, or fondest memory, of your career thus far? I was overwhelmed with the success of my first ever music video. I had hidden myself away for 3 months working all weekends and evenings whilst holding down a full time job at Vice. It was the 1st thing I had uploaded on my Vimeo Channel after I had graduated. And it was an instant success. I remember refreshing the views and being so excited that 200 people had viewed it. I started getting a barrage of comments on it and before i knew I had 20,000 views in the 1st day. I had no idea it would have such a fantastic response. I thought I was onto something good, but this moment really confirmed that I could succeed as a director and I wanted to put more of my visions out into the world.

Worst moment? I have a few but one has to be also on the same project. I hadn’t seen any friends in over 2 months, Apart from colleagues at work. I was woking late one weekend manually cutting out a figure on 2160 frames of paper. I was sleep deprived and wasn’t really eating very well or looking after myself. I was so involved in the project I lost sight of everything else. I had just changed the blade on the scalpel ( I still don’t know if this was a good or a bad thing) but as i put the blade down on the side it rolled off of the pile of paper and in slow motion I watched - unable to move - as the scalpel dropped from the table, blade first right into my foot. I was so focused on the job that I just carried on working for the next 24 hours with my foot taped up and elevated, until a friend came and marched me to A&E. I had fractionally missed severing my tendon. Lesson learned: wear shoes when working with scalpels and your health is more important than any job.

Biggest frustration? Just not hearing back on a job that you really believed in and spent a lot of time thinking about and writing up. Sometimes it feels like the ideas are just sent out into the abyss. More communication would save a lot of time.

What’s the big issue or issues facing music video makers right now? Lack of money and time and not hearing back after pitching.

Person you most admire? The crazy talent that I have the honor of being next to on the roster at Colonel Blimp. http://www.colonelblimp.com/directors

What advice would you give to someone starting out in music video production? Start now. Don’t wait for someone to give you a budget in order to make your ideas. Some of the best projects I’ve done I’ve made happen on no money. And they have become the starting blocks for the next idea. Keep making and keep growing. Don’t be scared to fail “If you're not prepared to be wrong, you'll never come up with anything original,” said Ken Robinson. Only make work for bands you love, however big or small they may be. Send your work to people you respect and get honest opinions. Sharing your work and getting feedback, even if you don’t agree with the advice, helps cement your own feelings and beliefs about your work and helps you find your creative voice.

Any hot tips on who will be the future stars in music video in the next couple of years – directors or otherwise? The guys I graduated with are doing some great things. Chris Lee and Paul Storrie just released their film 'The Hedgehog,' find it and watch it, it’s great. Also Tim Keeling is winning awards with his 1st short Yoke Farm. These guys are set for big things. I’m still so inspired by my university peers.