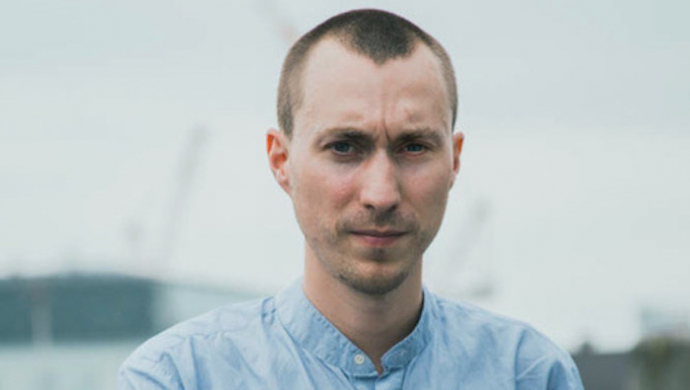 Sam Bould has spent his career editing music videos and commercials at Big Chop and now Cut+Run London, which he joined earlier this year. Sam has cut promos for the likes of Arcade Fire, Royal Blood and Ty Dolla $ign, among others - earning himself a UKMVA nomination for best editing in the process.

Before this week's Deep Cuts, the music video editing panel presented by the UKMVAs and Cut+Run, we caught up with Sam - one of the panellists – to ask him about his career in music videos, how editing skate videos helped him find his feet, and some of his golden rules for music video editing.

Promonews: To begin with, can you tell us a little bit about how you got into being an editor?

Sam Bould: I knew fairly early on that was what I wanted to do. My dad was a director and he would often take me to work with him when I was a kid. Going on set was exciting, but I always found the edit suite much more interesting. Watching the editor Craig Dwyer pull together all these different elements to make something coherent and entertaining was so impressive and satisfying.  So as soon as I was out of school I went out handing CVs to every edit house in Soho. I eventually got a job as a runner and worked my way up from there.

"As soon as I was out of school I went out handing CVs to every edit house in Soho" - Sam Bould, editor

Do you think your early experience cutting together skate films with your friends had any lasting influence on your work within music videos?

My first experience of actually editing was with skate videos when I was a teenager. They are quite similar to cutting music videos in a way as they are often very musically-led edits. Making the visuals and the music marry up to create the greatest impact is just as important in both mediums. I hope my technique has evolved a bit since then as I used to use a lot of cross dissolves which I absolutely hate now!

How do you approach an edit with a director? Is it the same whether working with a long-time collaborator like The Sacred Egg, or somebody totally new?

Always the same. I spend the first day or so of the edit familiarising myself with the rushes and building my first edit as I go. I try not to overthink my first cut too much and focus more on what feels right, this acts as a good jumping-off point from which to refine and refine. Even if it’s completely different from what
the director envisioned, it gives a good understanding of where you’re both coming from, and hopefully they’ll see something good that they hadn’t expected.

"Music videos feel like cultural artefacts to me, little bits of history that show the culture of the time" - Sam Bould, whose work this year includes Royal Blood's Lights Out, directed by The Sacred Egg (above)

You’ve worked a lot in the commercial world too. What is it about music videos that keeps you coming back for more?

Music videos feel like cultural artefacts to me, little bits of history that show the culture of the time. I used to watch MTV constantly and there would always be a buzz around a new video coming out. It felt unimaginable that I might end up actually cutting music videos so to still be doing it now feels a bit like living a dream. It’s exciting to help create something that so many people connect with.

In your opinion, what are the golden rules or principles to consider when editing a music video? (or aren’t there any?)

Each project comes with its own set of challenges so it’s difficult to stick to a set of rules. Editing is all about pacing, you don’t need to cut to the music necessarily, rather when you’ve taken in everything that you need to from a certain shot that’s when it’s time to move on to the next one. Conversely, it’s easy to make something overly cutty, if you can tell the same story with one shot as you can with two it’s often best to go with the simpler option. You have to judge each shot by its own merits.

"You don’t need to cut to the music necessarily, rather when you’ve taken in everything that you need to from a certain shot" - Sam Bould

Cut +Run sponsored Best Editing at the UKMVAs this year, and you’re teaming up again for the Deep Cuts panel. How important do you feel events like this are for the industry, and what do you hope to take away from it?

Editing can often be a solitary experience and your sphere of influence can be quite narrow, it’s great to get out there and broaden your horizons and these kind of events are great for meeting new people with different ways of thinking. It’s always good to challenge yourself and I hope I meet some people with some
new perspectives.

Name a music video from the last twelve months that you didn't edit, but you’d have loved to have been involved with.

Beck - Up All Night. I loved the energy of this video and how it brought lots of great ideas together in one very entertaining video.