OMG! How OMG Cameras Everywhere made vids with kids in London 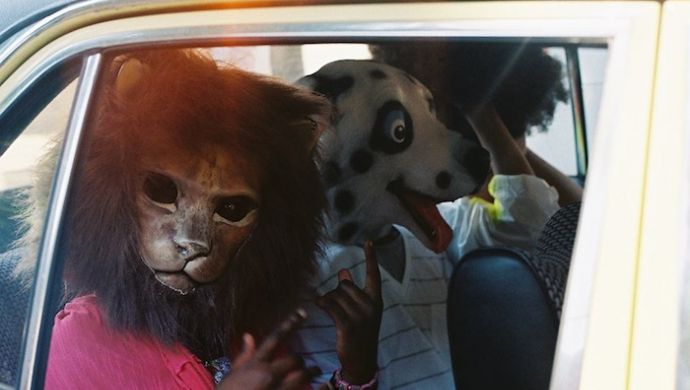 It all started a couple of years ago as OMG! Cameras Everywhere!, when experienced camp counsellors-turned- tyro music video directors Daniel Scheinert, Dan Kwan (aka DANIELS) and Isaac Ravishankara launched their own week-long programme for kids in Los Angeles, giving them the chance to pick up cameras and make music videos with some exciting local up and coming bands. It went so well that they did an expanded version of the camp the following summer.

And in the summer of 2013, the charitable venture took some really bold steps. They moved beyond LA, and hosted music video camp programmes for kids in New York City, and then, at the end of July, in London.

Under the guidance of LA-based secretary Judy Craig, the London OMG Cameras programme was organised by Prettybird UK executive producer Juliette Larthe. She recruited the help of several British music video directors and other professionals to be kids' mentors, plus the support of various companies, to put the week together in its base at the Brady Centre in East London.

Crucially, Juliette gained the support of various artists who gave their tracks and their own time to help the kids make their videos - including Little Boots, Scruffizer, Is Tropical and Midnight Beast. And also, most importantly, the DANIELS were also there, to mastermind the first London OMG camp, for the whole week. So PROMO asked to the OMG team some questions about how it went - and Dan Kleinert came back with these responses – with additional material from his OMG colleagues...

PROMO: How did OMG Cameras in London distinguish itself from the previous camps in Los Angeles and New York?

Did a particular personality (or if you like, sensibility) emerge for this particular camp - and if so how would you describe it?

Really rewarding chaos.  This group of kids covered the full range from hard to engage to hard to control.  But none of them had done a camp like this (based on open ended creative collaboration) and very few of them knew anything about cameras and movies.  So watching them learn and get more and more passionate was inspiring. They were also a little bit older than the age groups we've typically worked with, so it was interesting to see how their ideas differed from those of our younger students.

What were the challenges you had to deal with?

The whole thing is one of the most challenging things we do every year.  It's a relentless amount of media management and post production.  We were editing 10 music videos, 20 little short films, and a behind the scenes film last weekend.

Some days we had one adult for every kid.  Or more.  And it still felt understaffed.  Our camp is just so fast paced and amorphous we have to constantly yell to be heard, grab kids and drag them back into their groups, and restructure our plans for how to shoot things.  But that's just what film sets are always like right? It's part of what makes the experience so unique, and what allows us to focus on projects that are tailored to what the kids are interested in. We really couldn't imagine doing it any other way.

What were your most treasured and/or memorable moments?

Day one almost every kid was late.  Three kids showed up almost three hours late and five kids didn't show up at all.

The next day half of them got there even before we did.  They were so eager for more and when we couldn't get the projector to work they were angry at us. By the middle of the week the no-shows even started coming in, having heard from their friends that camp was actually fun! So much enthusiasm, it was great!

Would you like to say something about the videos we're going to feature on Promo News (for Midnight Beast, Major Lazer, Sonic Boom Six)…?

We had some amazing bands give us music and come into the camp.  It meant so much to the kids that these bands were actually awesome bands that they've heard of.  And when Midnight Beast showed up Tamira wouldn't stop hugging them.  Everyone should skim through the videos on our Vimeo page (specifically the OMG London channel) and just revel in the amazing music we got to hear all week. Little Boots, Is Tropical, Jessie Ware, Beach House, this amazing rapper named Scrufizzer... Each video is so wonderfully unique, they're definitely worth checking out.

OMG Cameras would like to thank: Prettybird UK, The Brady Arts & Community Centre, Rich Mix, Vice, The Mill, BBH, Dazed, Arri, Focus 24, Panalux, Pret a Manger, Eat, Somesuch & Co., Superhire, and all the incredible volunteers who cleared their schedules to come help out!

• Watch all the videos from OMG! London, summer 2013 on their Vimeo channel

Sam Brown first made his mark as a music video director, with his work for Corinne Bailey Rae, James Blunt, Foo Fighters and many others. Then he became one of the UK's top commercials …

Rapper's delight in this rap fantasy to real-life promo. Like any boy Rejjie dreamed of balling during the mandatory school trip to the French capital. Unlike every other school kid his …