Nabil on Alt-J: "I go into a job with faith it will be what I have in my head" 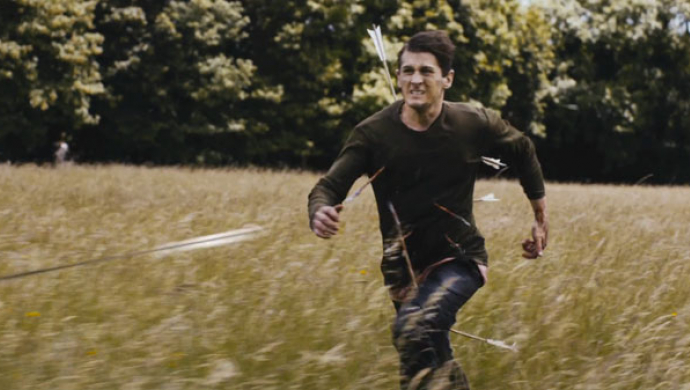 We spoke to Nabil about directing 'Hunger of the Pine' for Alt-J - a project that was slightly different for the director behind acclaimed videos for Frank Ocean, James Blake, The Weeknd, and a lovely recent video for FKA Twigs.

We got the chance to find out what Nabil thinks of working with someone else's concept, whether 'The Hunger Games' was an influence – and just who our mysterious hero is...

PROMONEWS: According to YouTube, the concept for the video came from Alt-J's Joe Newman. If so, how did he describe it to you? And did you have free reign to adapt and develop the original idea?

Nabil: Yeah, I usually don't like to work with a concept that isn't mine it's only the second time I've done this. I had received the song followed by an email with a rough idea from Joe. Basically it said 'a young man running through the English countryside getting shot by arrows...' and the simplicity of the idea I really liked. It reminded me of Apocalypto but in an old British setting, which was a nice juxtaposition. So we set up a call and had a chat where in about ten minutes we threw ideas back and forth. I had a bit of free reign to interpret and cast/shoot/all the fun stuff that comes with directing. The call ended with him pouring himself with gasoline to turn and see a wall of fiery arrows approaching.  After that chat the next time I saw Joe was halfway through the shoot, and now we have a video.

What can you tell us about the meaning or message of the runner being attacked by arrows, surviving, and then facing an even greater threat. Who is this invincible guy? What does he represent?

I like to make videos that are open to interpretation. I think that's why the ending is as so, and why we never see who is chasing, or hint at why.

In some respects, this could be a trailer for The Hunger Games. Are you a fan? Did it inspire you in any way?

Never seen it. Still don't want to. I heard it's good for what it is, but I haven't run out of better selects on the plane yet.

The role seems very demanding. Was it hard to cast the lead?

Yes it was! We originally had a sort of known actor, then something came up with the schedule or something, and it set off a light of doubt I had with just an actor. I thought a parkour guy that could act would be best fit for the demanding and very physical role, so I called my friend Tim and he recommended a friend who was in town - Ashley "Spyder" Holland. He had a great face, and a great attitude and really gave it 10000%. I psyched him hard. What's crazy is he was telling us about that he grew up a large part of his life in a wheelchair. I think if I remember correctly he discovered Bruce Lee and martial arts and worked from there to be able to walk, and now look at him. Mind blown.

Technically, what were the big challenges? You've put a lot of trust in both the in-camera and post effects. Were you always confident that it would end up looking amazing?

I go into a job with faith that it will be what I have in my head. I had a great DP and a really amazing post crew headed up by Adam Watson who worked with me on before and on shoot day to make sure we were on same page. Even though it's a simple idea it was a lot to shoot in 10 hours or so. I'm very happy wih how it turned out.

You said in our last interview that your approach is that 'you want to make something awesome'. Are you now ready to shoot an action movie?

I look forward to shooting a dramatic thriller. With some action. I really want to use what I have learned in music videos and apply that to what I learned about humanity and the world and hopefully make something that moves people – sooner than later!

* Check out Luke Tierney's blog, Word Is Cheap, or his Twitter @wordischeap, for more thoughts on his favourite music videos

Luke Lovekin experiences every stage of grief in one evening, in Graham Michael Roberts's …