Alexander Brown on James Blake's 'If The Car Beside You Moves Ahead': "We took a completely lo-fi approach." 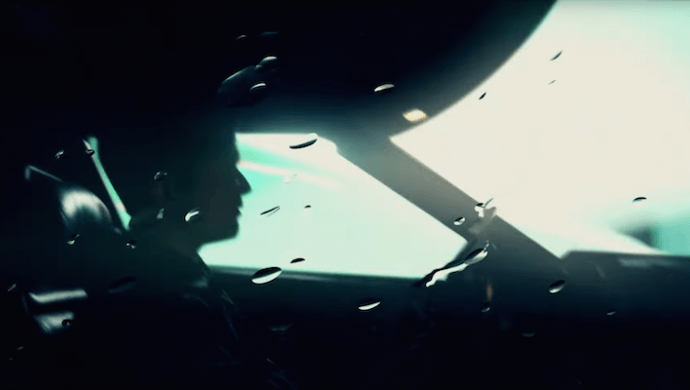 Alexander Brown's new video for James Blake is an automotive dream, brilliantly calibrated to match the rhythms and experimental cut-up vocals of the track. In this Q&A on the making of the video for If The Car Beside You Moves Ahead - the first track since Blake's 2016 album The Colour in Anything – Brown explains that the secret of the success of this beautifully sleek promo was by keeping things small. And by shooting both in LA and just outside Derby...

What kind of brief did James’ present to you and what were your immediate thoughts when you saw it?

Early on, James explained the song was initially about comparing yourself to other people. Specifically, that feeling when you’re in traffic it always seems like you’re in the slowest lane.

James had this video reference of a guy driving through Moscow that he’d seen online. When I watched it, it had such an incredible quality and smoothness to it. But it was, in of itself, a fairly pedestrian YouTube video. As it turns out - recording your motorway journey and posting it online is kind of a thing. But I knew exactly what made that video stand out and why it felt right for the song. It had a hypnotic compelling quality that I wanted to try and capture.

The important thing for me was to make a film that wasn’t mundane, but had that magic to it that is present in the music. Every time I drive on the motorway, I am always struck by the way lights reflect on the bodywork of cars. They’re mirrors which distort their reflections, and there is a real rhythm there. It was always in the back of my mind as something that would work in a video.

Tell us about the filming.

We took a completely lo-fi approach to filming, rather than over-engineering anything. Capturing this sort of thing is tricky with a film camera as it’s so dark. So, I shot it using my very basic camera. It was weird to shoot a music video for such a high-profile artist on the camera I normally take with me on holiday. But with conventional cinematography, it wouldn’t have worked the same, and would have blown the budget with all the road closures and permits. Keeping it small meant I could shoot for longer with a much smaller crew – sometimes just on my own.

"We used a 1991 Corvette. It felt like the designers had probably watched Top Gun and Tim Burton’s Batman and designed a car around it."

We didn’t want a car that was too swish, but it needed personality. We ended up using a 1991 Corvette. It’s absolutely insane. The dashboard and the dials look like something from an aircraft carrier. It felt like the designers had probably watched Top Gun and Tim Burton’s Batman and designed a car around it. It really feels like a product of its time. A sort of poor man’s sports car.

Filming was a long process. It was about a week’s worth of driving around LA and the UK with a camera mounted to the car. I wasn’t sure what I was shooting as the camera was mounted to the glass outside. It’s very disorientating to not know what you’ve actually shot. You need to be really patient and just keep driving. An hour of driving gives you about 2 minutes of footage. Of which maybe 15 seconds of that is interesting.

This is such a homemade film. I shot it all myself and it’s much more of a hands-on, experimental approach than I’m used to.

You shot in LA and the UK? What were the differences?

Los Angeles has some fantastic locations to shoot. There are also lots of incredible bridges, highways and overpasses and city skylines. The most important thing to consider was that we found areas which are well lit and have rhythmic streetlamps. Lights that undulated and echoed the stuttering feel of the music. The main issue with LA is the traffic! The roads are constantly busy. We had a window of maybe 90 minutes every night where the roads were quiet enough to be able to drive without frequently stopping.

I live between the UK and LA, and after the main shoot I was back home I noticed there were way more lights on UK roads than in the US. I got a small kit together and went shooting, so some of the footage in the video is actually on the A50 near Derby! The weather though, is not the same - I ended up playing leapfrog with the gritters. Every time I set it up the camera, I passed a gritting machine which would spray salt water all over my lens and I’d have to stop and try my best to clean it. Meanwhile the gritter would overtake me again!

"Someone will get the video whether they watch it for 30 seconds or four minutes and that’s important when people rarely watch content until the end."

The video is entirely visual, it has no narrative or structure, it’s simply the feeling of a drive. Shooting in LA gave us that Drive/Nightcrawler aesthetic, which suits the ominous tones of the track. There is a cinematic quality to the music which fits this really well. Something akin to The Chemical Brother’s video for ‘Star Guitar’. Something you can just take for what it is, or you can get completely absorbed by.

The track works so well with the video. How did you engineer this?

This song in particular has such a hypnotic, haunting quality. In the video not much is happening, but whatever is happening is completely related to the music. It’s like a visual kaleidoscope. The visuals are mesmerizing rather than being a narrative for the music. Someone will get the video whether they watch it for 30 seconds or four minutes and that’s important today when people rarely watch content until the end now. We created the feeling that the music and the visuals are in harmony, with different elements of the scenery reflecting different moments in the music.

Working with an artist like James is such a privilege, his music has so many intricacies and details that makes the video process so enjoyable.

Every time we have worked together, his initial brief has been so restrictive … but in a really good way. It’s challenging, but the emotion is always the same: how am I going to make this work? How can I deliver the concept without it falling flat?

When I made the video for Wilhelm Scream (which is literally a blurry video of James) the initial brief was - can you make a video like the album artwork? It’s easy to say 'yes' to, but then when you actually start working you realise you have to make something that will still carry the audience. It was the same with this. Four minutes of beautiful nothing.

So often you get sent an open brief that could go in any direction, but I actually prefer having something like this where you have something to work against.

Was there anything from shooting that you wanted to include but you couldn’t?

Because James is about to go on tour with Kendrick Lamar we did play around with this nutty idea of getting Kendrick in the video as a sort of intro skit where he takes off in his Maserati car and James would be driving a 1991 Corvette. In the end, I think we decided it would be too wacky for the song, but I do like the idea of it. James sort of lives this LA rap lifestyle, and yet he’s a pretty normal sort of guy from the UK. I like that contrast.

What’s next up for you?

I’m just finishing a short film actually. It’s nothing like this! But it’s such a wonderful journey to take a project from script through to finishing all on your own. I can’t wait for it to be finished though!

• Alexander Brown is represented at The Sweet Shop. Thanks to Kate Neill and Morgan Whitlock.​Video credits here.

Franz Up: Alex Kapranos and AB/CD/CD on the Always Ascending video

KC Locke directs an impressive doc-style video in multiple formats, including photography, for his …

A fun affair begins at a funfair in this charming video for Spanish '80s disco-boogie nugget, …